Home | How to Calculate eCPM and Increase Revenues

How to Calculate eCPM and Increase Revenues

eCPM is a key metric in digital advertising. This guide will show you how eCPM is calculated, the difference between buying models, and how to boost eCPMs. 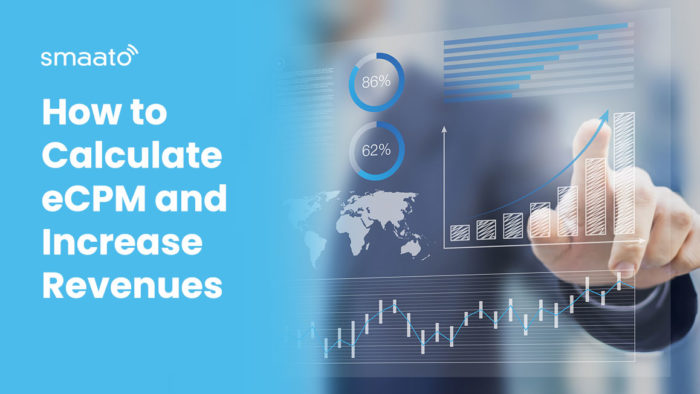 eCPM, short for “effective cost per mille,” is how much an advertiser pays for an ad space per unit of 1,000 ad impressions (mille is Latin for thousand). eCPM is one of the most important KPIs in digital advertising, as it shows how lucrative certain ad spaces, apps, websites, and other dimensions are. With a full understanding of eCPM, publishers can optimize their monetization strategies.

This page will explain how eCPM is calculated, the difference between CPM and other types of buying models, and how app publishers can increase their eCPMs.

How Is eCPM Calculated?

eCPM is calculated by dividing the ad revenue by the number of ad impressions and then multiplying the quotient by 1000. Most ad platforms will calculate eCPM automatically for publishers. However, it’s still useful to have a good understanding of how to calculate this metric. A publisher, for example, can calculate their average eCPM across multiple ad platforms.

Here are a few examples to show eCPM calculations in action.

A banner ad in a mobile game reaches 100,000 impressions and generates $150 in revenues for the app publisher.

The eCPM would be calculated as follows:

This means that the mobile game publisher earns $1.50 for every 1,000 ad impressions.

The eCPM would be calculated as follows:

The eCPM for rewarded video ads is $5 in this case.

Now, let’s try one of these calculations on your own.

An interstitial video ad 10,000 impressions and generates $100 for the publisher. What is the eCPM?

What Is the Difference Between CPM and eCPM?

The acronyms CPM and eCPM can’t be used interchangeably. eCPM is the cost for 1,000 ad impressions regardless of purchasing method. For example, eCPM can be calculated for campaigns that purchased on a cost-per-click (CPC) or cost per acquisition (CPA) basis. This makes eCPM a useful metric for comparing costs across different types of campaigns, whether they purchased on a CPM-basis or not.

Beyond CPM: The Other Buying Models

These are the other most common campaign models in digital advertising.

In this model, the publisher earns money each time a user clicks on the advertisement. CPC = Cost to Advertiser divided by Total Clicks

Cost Per Action (or Acquisition)

With CPA, the publisher is compensated when a user completes an action, such as making a purchase or filling out a form. CPA = Cost to Advertiser divided by Total Acquisitions (or Actions)

In short, CPM is the type of buying model users in an auction. eCPM is the metric itself to show how much 1,000 ad impressions earns.

How to Increase eCPM and Earn More Revenues

Even a small increase in eCPM can make a huge difference when considering scale. Let’s assume you have a popular app with one million ad impressions per day. A small eCPM increase of just 5 cents means $100 per day — or $3,000 per month. Driving up eCPMs makes a significant impact over time, so it’s worth the effort to optimize your monetization strategy. Here are a few steps to take to boost eCPMs.

Advertisers pay a premium to target specific audiences, such as by gender, location, and age. It’s this type of data that helps advertisers craft personalized messages to users, and it’s one of the reasons why advertisers prioritize in-app and mobile over other advertising channels. This data is what makes an advertiser’s campaigns successful so that app publishers can make the most of this demand.

Just how much of an impact can user data make on eCPMs? We dove into the data on the Smaato platform see the difference.

Depending on your type of app, it might make a lot of sense to collect this user data to drive up eCPMs to new heights.

Viewability is an important subject in digital advertising. Advertisers want to ensure that their ads are actually being seen, and will pay extra to quality apps that are achieving high viewability rates.

This is what happened with iFunny, an app using the Smaato Publisher Platform (SPX). By passing data about their high viewability to advertisers, they were able to access new advertisers and double their revenues quarter-over-quarter. 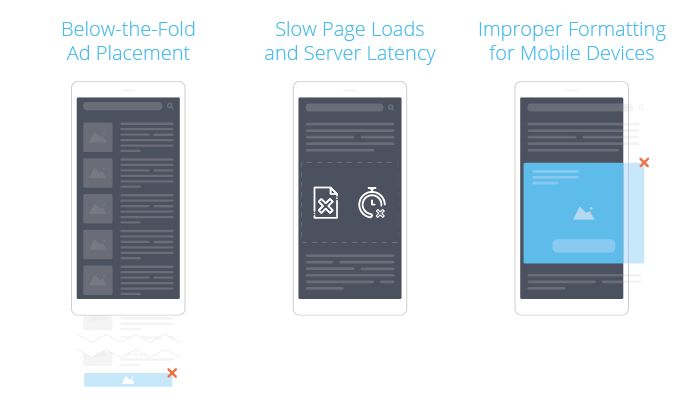 Viewability, as defined by the Media Rating Council (MRC), is fulfilled under the following requirements in the case of a display ad.

For video ads, the requirements are similar except that the ad must be played for at least two seconds.

So what can be done to give advertisers the viewability they’re looking for? It partly comes down to having engaged users, as they would be more likely to sit through an ad. The other part of the solution is to make sure there are no technical issues with your app, such as latency and improper formatting of the ad spaces.

When it comes to eCPM, not all ad formats are equal. Some ad formats generate much higher eCPMs than other ad formats, and that’s especially the case for video. See this graphic to see just how lucrative video is compared to banner ads. 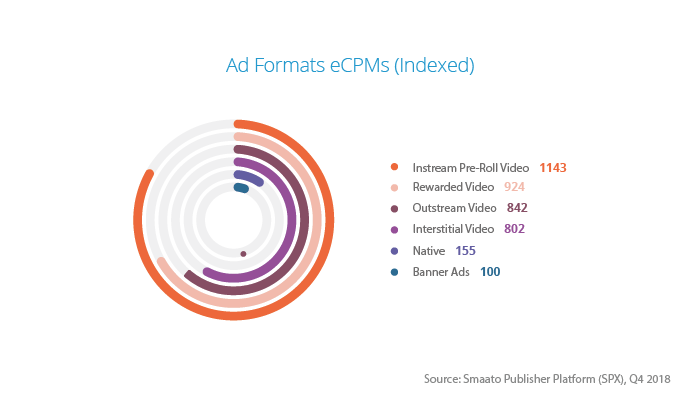 As lucrative as video can be, it’s not ideal to focus exclusively on this ad format if it doesn’t fit well with your app. What’s more important is catering to the user experience. Providing the right combination of ad format, placement, and frequency can help you find that sweet spot of what works for the user and what generates the highest revenues.

In Defense of Banner Ads

Banner ads are generally considered to offer lower eCPMs than other ad formats. However, banner ads shouldn’t be written off when it comes to creating an effective monetization strategy. Banner ad spaces are desired by advertisers, as they’re inexpensive, easy to create, and can reach a huge audience.

Working With the Right Monetization Partner

One of the most important steps in increasing eCPMs is to work with the right monetization partner. Ideally, this partner offers the following:

The right partner, combined with an optimized monetization strategy, can help you raise your eCPMs significantly. Even an incremental increase makes a huge impact on revenues.

Get Started With Smaato Today!

Connect to over 260+ demand side platforms and over 190+ directly integrated ad networks worldwide. 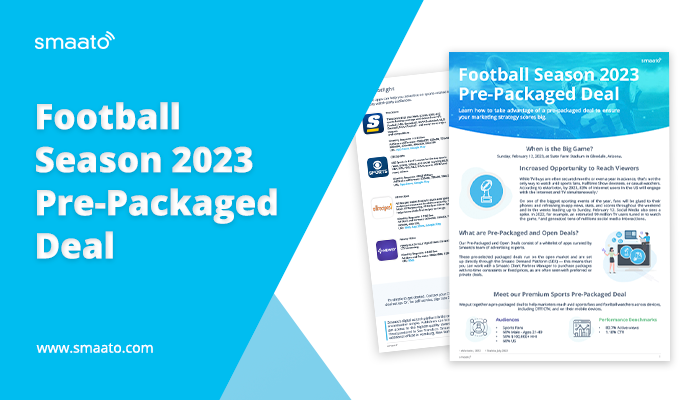