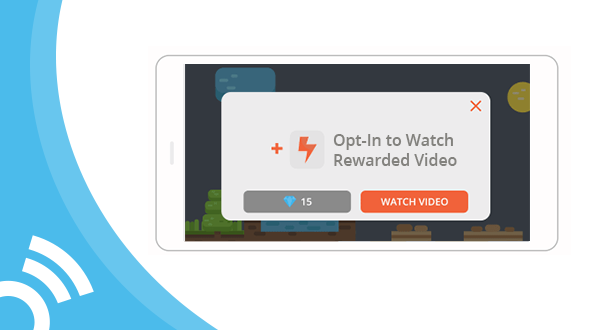 Rewarded video is one of the best-liked ad formats by advertisers, app publishers, and the viewers watching the ad. This format gives users the opportunity to opt into viewing a short video advertisement. In exchange for viewing the ad, users receive some sort of in-app reward, such as extra in-game currency or lives.

Here’s why rewarded video is so well-liked within the mobile advertising ecosystem:

With the advantages offered by this opt-in format, it’s no surprise that spending on the format has risen dramatically. With that in mind, we want to give you a complete look at this ad format and why it’s so valuable in in-app advertising campaigns.

One of the reasons why rewarded video is quickly growing is because it’s versatile. In games, users can receive additional lives, in-game currency, or levels in exchange for opting in to a video ad. Some photography apps offer filters, while music apps could offer uninterrupted listening as rewards.

The advertisers leveraging this format are mostly others apps, which makes sense because games are where this opt-in format is most likely to be found. However, it’s not just other apps that realize the benefits of the format. Retail and media brands also use this format in their campaigns and make up one-fourth of all spending. 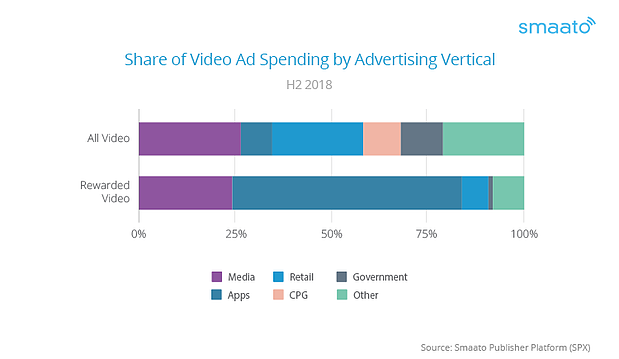 The fact that different categories of brands are using this format in apps that aren’t just games shows that this format is proving increasingly versatile as it grows in popularity.

Rewarded video viewers aren’t the same as other video ad viewers. Looking at the data on the Smaato platform reveals just how different the demographics are. With this information, advertisers can better target the relevant people for their campaigns. 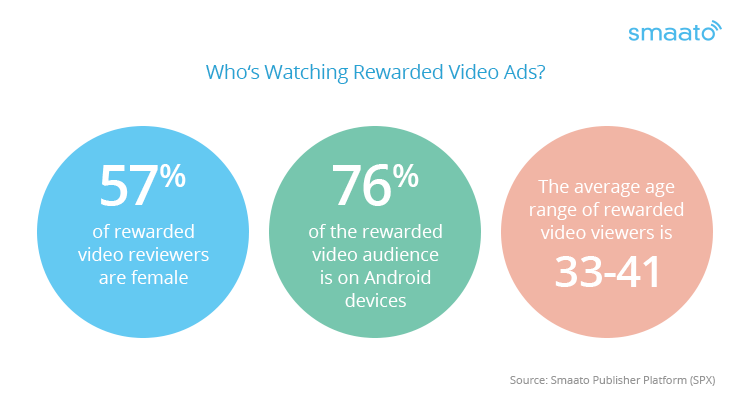 What’s Next for Rewarded Video

Rewarded video ad spending growth is outpacing other ad formats, and this trend is likely to hold in the coming years. The benefits of this ad format for advertisers, publishers, and viewers make this is an especially useful tool. For advertisers looking to make the most of their campaign spend, this is an ideal ad format.