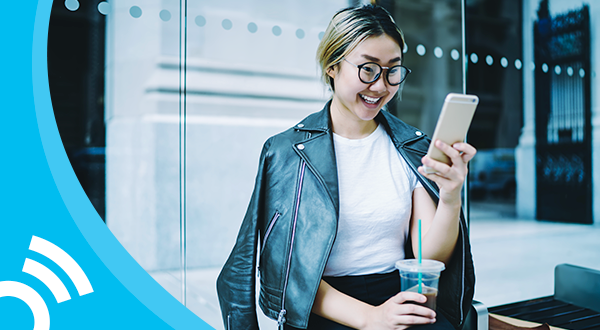 Interstitial ads refer to an ad format that offers a full-screen takeover (usually in-app). Interstitials tend to play during periods of transition (for example, in between levels, during load screens, or at the tops of pages), so they are considered less intrusive to users. The ads offer a great opportunity to leverage full-screen creative elements, and are often more interactive or involved than other ad formats. For example, many interstitials leverage “playable” elements, rich media elements, or even video. As a result, these ads tend to be highly successful and engaging.

What are some types of Interstitial Ad Formats?

Interstitial banner ads provide full-screen coverage, in contrast to pop-up banner ads. An interstitial banner ads fill the screen and are clickable. Users have the option of following the ad to a new landing page, or closing the ad to return to the original content. Some ads can even be expandable, going from small banner ads to interactive, full-screen interstitials. These are more interactive, allowing users to expand the initial banner ads when they are interested in the displayed ad content. This leads to a higher click-through rate and engagement rate with the segmented audience, thus making the inventory more attractive to publishers. 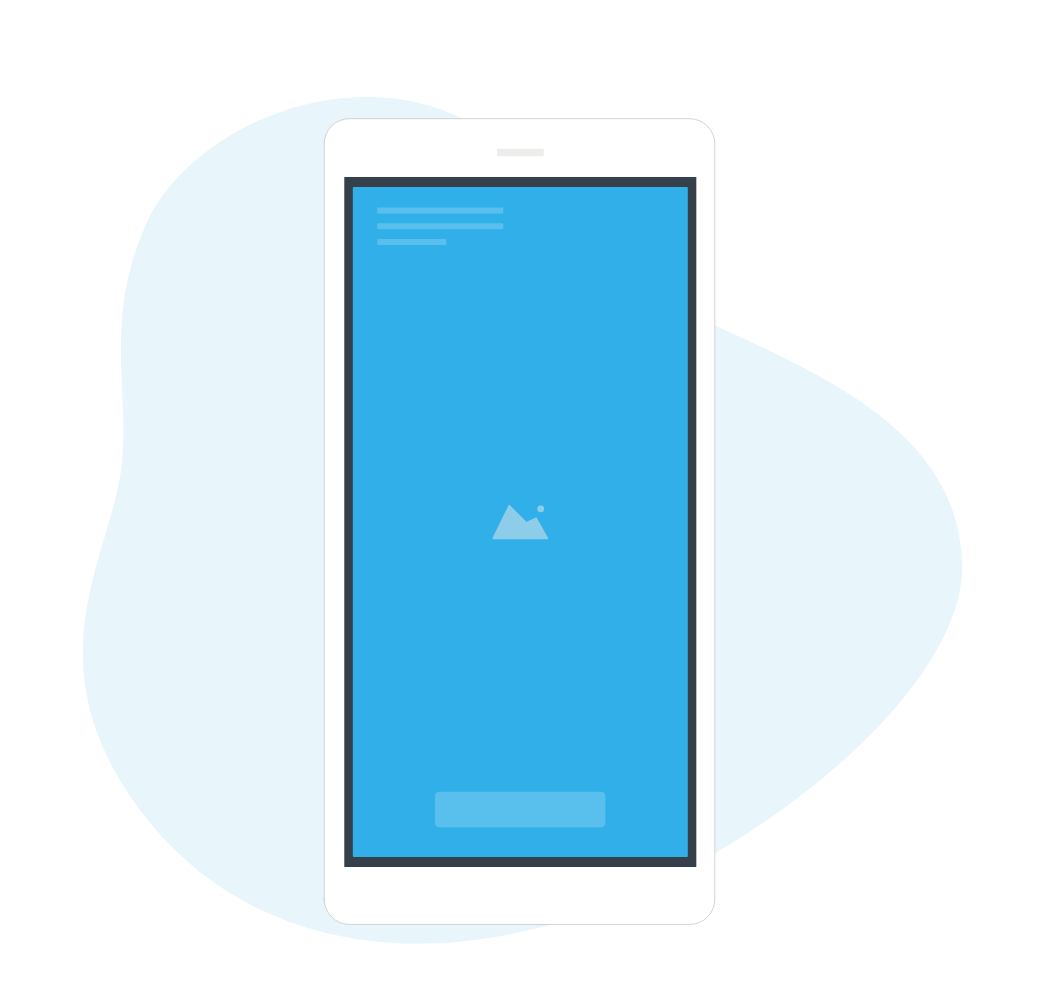 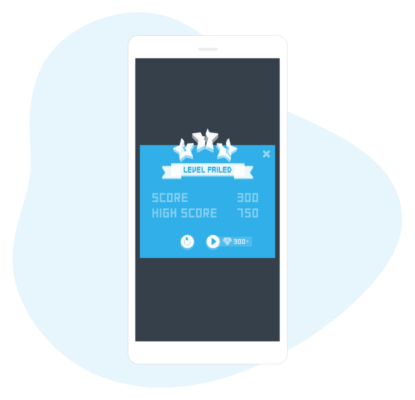 Who doesn’t love rewarded video ads? These engaging ads, like their name suggests, reward users for interacting with the ad creative. Users must opt in to gain rewards, which means they are actively choosing to engage with the advertisement. Frequently used in mobile gaming applications, users can earn access to new levels, gain extra gaming features like coins, lives, or items, and more. To earn the reward in the in-app environment, users must watch the video ad to completion. As a result, these ads offer strong engagement rates, and perform well for KPIs like video completion rate.

Plus, rewarded video ads help boost brand sentiment for both the advertiser and the publisher. For the publisher, rewarding users helps them better tolerate in-game ads, which helps boost in-app monetization. And, because they are gaining rewards they can actually use, these users tend to prefer this format to others.

For the advertiser, brand sentiment gets a boost from users who appreciate the added control over their advertising experience, and they tend to view these ads as less disruptive and less intrusive. 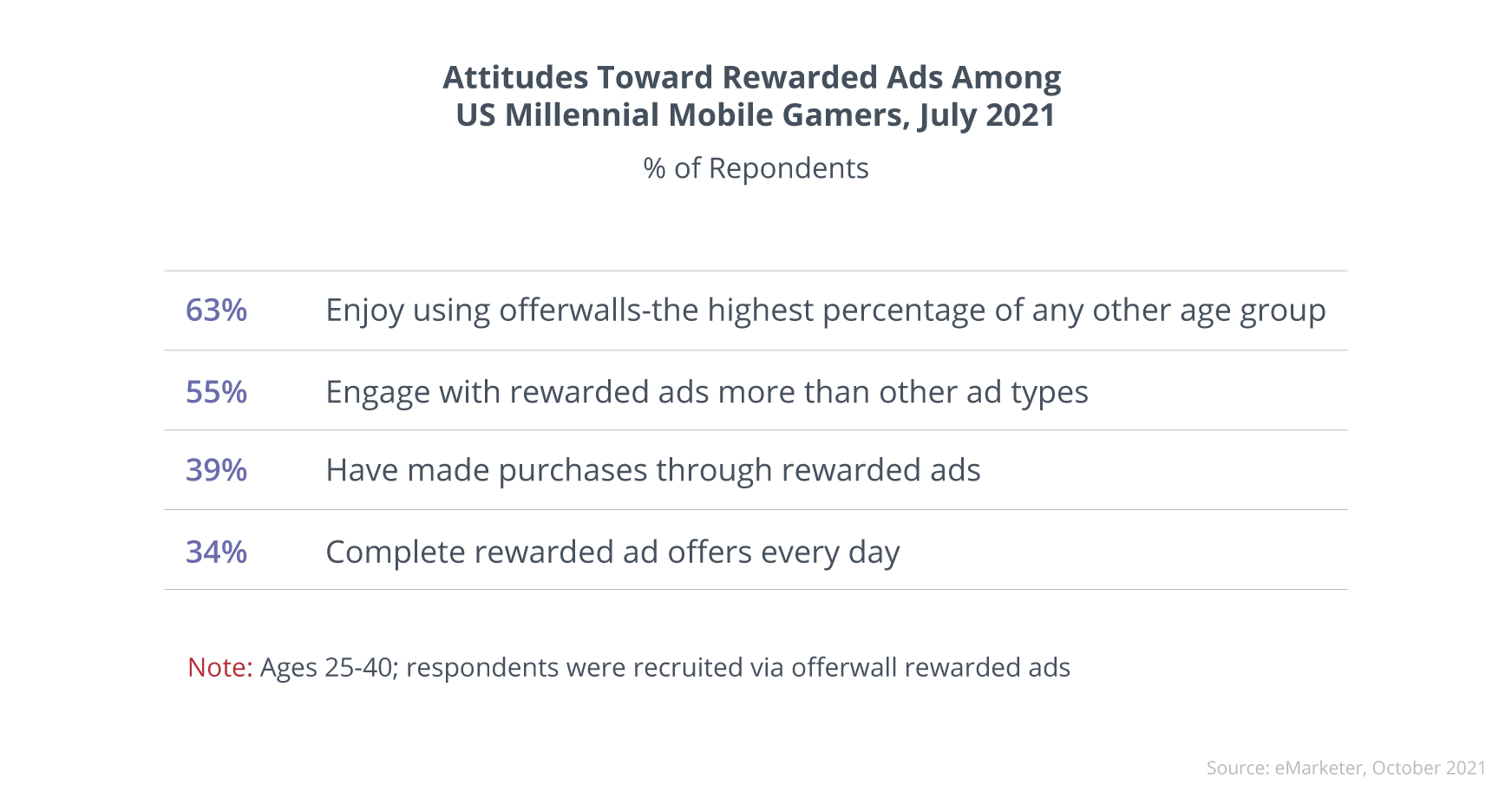 Rich Media ads go beyond simple visuals to engage the user. There are a variety of formats of rich media advertisements, but many are video and audio-based, making them more difficult to ignore. Rich media ads can also be interactive. While some interstitials are static, rich media offers movement (and sometimes animation) that can help make interstitials pop, making them more interactive and engaging. As a result, rich media unites tend to help boost publisher revenue.

What makes rich media possible? The secret is MRAID. The mobile rich media ad interface, or MRAID, is a set of commands used by developers to communicate the functionality of rich media advertisements using JavaScript, HTML5, etc.

Playable Ads are interstitial ad formats that allow a user to try out a level on a game or otherwise engage with the ad itself. These are highly interactive and engaging, and are especially popular in the gaming app industry. Why? These help drive user acquisition campaigns by giving players a taste of an app before they download the app. This gives gaming apps a chance to showcase their app and gets users hooked on the gameplay. As a result, this ad format can help drive app downloads and also helps boost brand sentiment, as users feel more in control of their advertising experience by opting into the interactive ad: 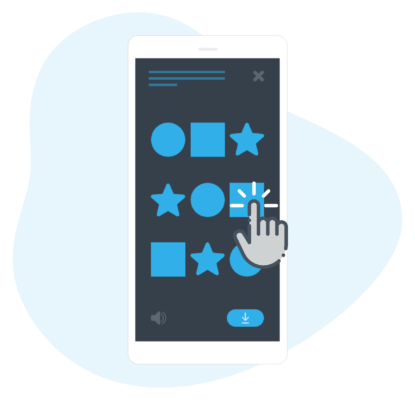 What are the benefits of interstitial ad formats for marketers?

Interstitials come with many benefits for marketers. Inherently, these ad formats are difficult to ignore, which helps combat banner blindness. Viewability and engagement tends to be higher than traditional banner ad formats. Plus, with the larger ad format, click-through is easier for users (especially since interstitials are often at the tops of pages or appear during pauses or load screens). As a result, they’re reaching users while they are fresh and more likely to engage with the ad content. Additionally, certain interstitial ad formats like playable ads or rewarded video ads are well-liked by users, which helps boost engagement and brand sentiment.

Why do publishers love interstitial ads?

When marketers get higher engagement, they’re willing to pay more for an ad space. As a result, these highly engaging ad formats tend to drive better eCPMs, which means more revenue for publishers. As a value part of a monetization strategy, interstitial ads can help deliver a better UX (on both mobile and web inventory), and grant users more control over their experience (which in turn boosts engagement).

Most effective strategies for interstitial advertising

When it comes to choosing which interstitial ads are best for you, there is no right or wrong answer. It is important to note that interstitial ads can be a valuable tool for monetizing your app, provided they are designed with consideration for user interaction. Publishers monetizing their app should consider three important factors in order to maintain steady user retention: Position, Timing, and Frequency.

For example, for gaming publishers, finding the best spot in your game flow to display interstitial ads requires a lot of A/B testing. Evidently, interstitial ads that have a smooth transition are more likely to be successful. It’s common for game designers to display these ads after or before leveling up or mid-level. Find out at which point in the game the user interacts with the ad the most without becoming frustrated. Mixing in user-preferred formats like rewarded ads or playable ads can help the ad breaks feel less like interruptions and more like welcome opportunities to rack up extra points.

Now that you have established the best location of the ads, it is time to consider the duration of the interstitial ads. There is no doubt that the interstitial advertisements must be placed within a reasonable time frame. To avoid unnecessary user frustration, it is also important to ensure that ads are light enough to load quickly.

Last but not least, keep in mind the frequency with which you will be showing the ads. A fully ad-supported game should still have a good balance of ads to content. Some ad-supported games contain more advertisements than gameplay, which can irritate users and prevent retention. Striking the right balance can help drive a successful monetization strategy while ensuring user retention.

To learn about adding interstitial ad formats to your monetization strategy, or to reach audiences around the world using these ad formats, get in touch with our team! 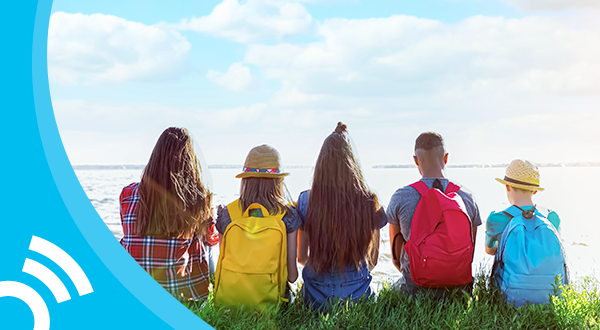 Pre-Packaged Deal Feature: Summer Travel and Back to School 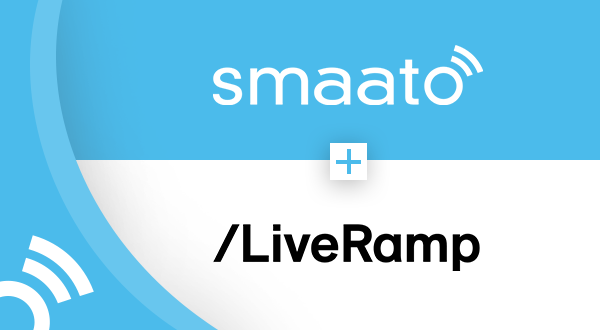 Smaato + LiveRamp Integration: All About RampIDs 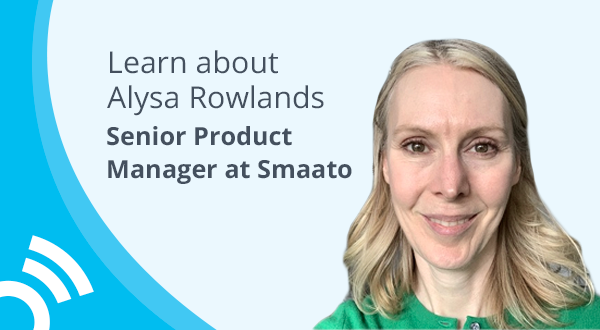