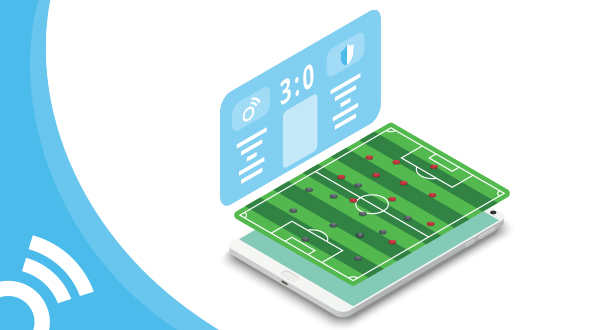 Sports Apps Lift the Trophy for Mobile Ads in Q3 2019

As summer reaches its peak and moves into fall in Q3 each year, two very different types of football kick back into action on both sides of the Atlantic ocean. Throughout Europe, highly popular soccer leagues return in August, while in the US the National Football League (NFL) starts its new season in September. With huge fan bases and regularly scheduled games, these major events offer sports app publishers increased traffic and attractive ad inventory, and provide advertisers with an ideal opportunity to reach highly engaged users via their mobile devices.

When it comes to soccer, there’s no bigger annual competition in the world than the Premier League. The 2018-2019 season had a cumulative global audience of 3.2 billion people,1 while in the United Kingdom, around 70% of the population tuned in to watch their local teams play last year. The majority of games take place on Saturday or Sunday, which ensures that throughout the weekend, followers and fans are regularly checking scores, stats, news stories, and even watching the games via their phones and sports apps.

In the UK this increase in activity was perfectly illustrated throughout Q3 2019, following the return of the Premier League on August 9. Data from the Smaato platform showed that sports app ad requests were up to 3X higher on game days than the quarterly average.

The trend in high weekend ad requests saw a substantial decline on September 8 and 9, during a break for European Championship qualifying games, which can be attributed to the fact that no Premier League teams were playing. What’s more, ad requests spiked again mid-week when the teams played again for the EFL Cup — a knock-out tournament that coincides with the Premier League.

Back across the pond in the US, the sporting trend followed a remarkably similar pattern — but for an entirely different sport. Following a steadily building preseason for the 100th year of the NFL, the regular season kicked off on September 5. Fan enthusiasm during game weekends scored a touchdown for advertisers and app publishers alike.

Sports app ad requests and ad spending both increased by almost 260% over their quarterly averages on each weekend in September. Most NFL games are played on Sundays and this was where the high peaks of activity occurred, as users turned to sports app to access stats and scores or to stream the action live. Ad requests and advertiser spending also increased on the Saturday before as anticipation built amongst fans. 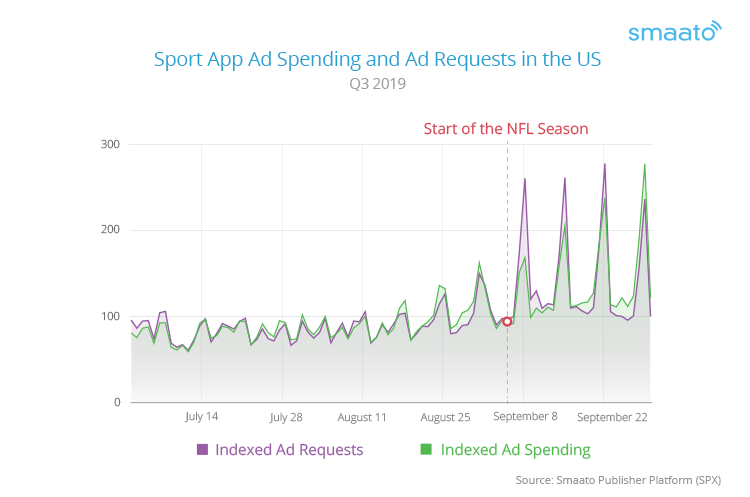 The high levels of in-app activity caused by the NFL come as no surprise when we analyzed the sport’s biggest event. Last season’s Super Bowl saw fans go digital to watch the big game; an average audience of 2.6 million streamed via mobile, desktop, or CTV — up 31% on the previous year, while TV viewership dropped to 98.2 million, the lowest level since 2008.2

Data from the Smaato platform also provided insights into the different advertiser verticals spending their budgets on sports apps throughout Q3. The wide range of categories was clear to see in the US. Media and retail advertisers accounted for 51% of ad spend, while healthcare, food and beverage, and energy brands all compete for visibility in sought-after ad placements during these important game days. 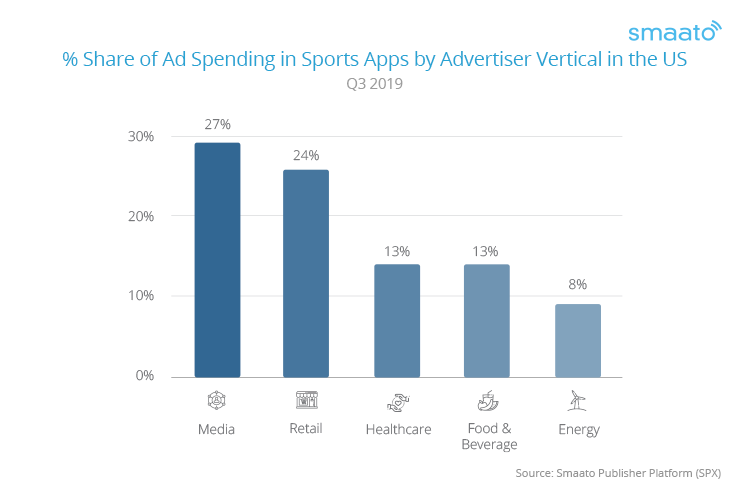 Whether you’re an app publisher looking to take advantage of the huge interest in these popular sports and want to optimize your revenues, or an advertiser hoping to deliver successful campaigns to a highly engaged audience — we have good news. It’s not just Q3 in which these sports take place; the Premier League runs from August until its finale in May the following year, with a total of 380 games. In the NFL regular season, 256 games are contested by teams over 17 weeks, followed by playoffs, and ultimately the sport’s biggest event — the Super Bowl in February. This ensures that there are regular events to plan your in-app monetization strategy around or deliver successful advertising campaigns. It may be that fans were once glued to their TV sets — but now they are glued to their phones.