Music apps are the most lucrative category for in-app mobile video ads, with a +54% eCPM uplift for publishers 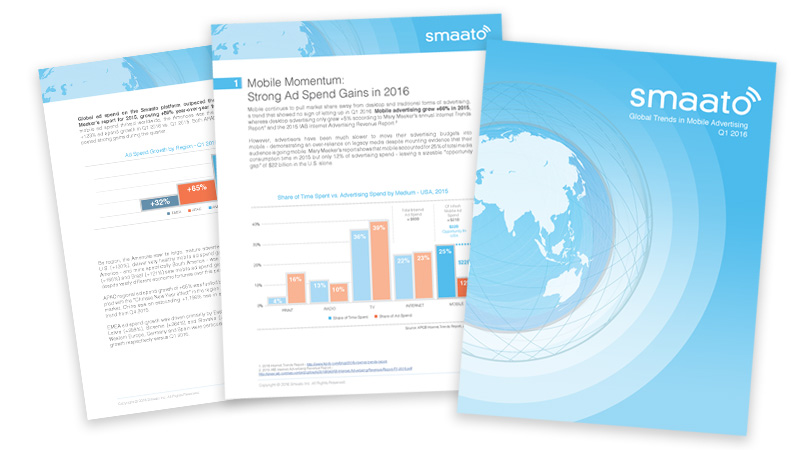 In terms of app categories that deliver highest eCPMs: music saw a +54% eCPM uplift, followed by Video & Computer Games (+38%), Society (+29%) and then Real Estate (+15%). This makes intuitive sense, as people using apps in the Arts and Entertainment category are already being exposed to rich media (including sound), and mobile video ads may seem less invasive.

Additional findings in the Q1 2016 Global Trends in Mobile Advertising report include:

For any press related inquiries, please use the below contact information: