VAST vs. VPAID: How to Conquer In-App Video Advertising

Mobile video viewing is continuing to grow, with the average US adult watching more than 40 minutes of video content on their smartphone per day.1 While some video platforms like Netflix and Amazon Prime operate on a subscription-based model, most video providers are ad-supported providing a great opportunity for advertisers. In this blog post, we will provide an overview of the VAST and VPAID standards and their key differences, review the top-performing in-app video ad formats, and share our recommendations for advertisers looking to start — or grow — their video advertising strategy.

When implementing an in-video advertisement, there are two relevant standards: VAST and VPAID. VAST is short for Video Ad Serving Template and was designed by the Interactive Advertising Bureau (IAB) to allow video players to communicate with third-party ad servers. Initially, there was no measurement tag embedded in the code so impression counting was possible, but visibility tracking was challenging. Therefore, there was no way for buyers to ensure viewability. While this problem has been solved with VAST 4.1, it is the reason why many advertisers still choose to implement VPAID.

VPAID, short for Video Player Ad Interface Definition, is a list of APIs that establish communication between an ad and a video player. While VAST defines the way to deliver a video ad, VPAID defines how the player interacts with the ad and is placed inside of the VAST code. VPAID was designed to allow for interactive in-stream advertising creatives, such as an “interactive showroom” commonly used for showcasing cars where a consumer is able to move around the vehicle to explore the different features. However, as this code was intended only for desktop video viewing, issues with this format have become clear as advertising continues to shift towards mobile.

One of the reasons that VPAID is still in use is its ability to measure ad performance. However, the associated risks outweigh the benefits. For example, advertisers have misused the format by stacking unlimited ad sources within the code — taking advantage of the lack of control from the publisher’s side. This VPAID code can completely take over the video player leading to poor user experience, including draining a consumer’s smartphone battery and using up data which then reflects poorly on the publisher’s app. In addition, as there is no widespread support for VPAID in the most common advertising SDKs, advertisers cannot rely on their exchange partners to render the ads correctly, which also affects viewability and ad performance.

With VAST 4.1, one essential feature has been added: the ability to measure the viewability of an ad through the Open Measurement (OM) SDK. The IAB released this SDK in collaboration with a number of leaders within the industry, including Moat, Integral Ad Science (IAS), and DoubleVerify among others. This collaboration means that publishers don’t have to install multiple SDKs in order to ensure ad viewability, but rather implement one SDK that can satisfy multiple requirements, depending on which provider(s) an ad calls for.

Given the problems with VPAID, many mobile ad exchanges have moved away from supporting this standard, and at Smaato we also encourage advertisers to move away from VPAID and fully adopt VAST. This recommendation follows that of the IAB, as VAST makes it easier to both verify traffic and ensure viewability — thus limiting ad fraud. The IAB has also developed a new standard for interactivity in mobile video, called Secure Interactive Media Interface Definition (SIMID), to replace VPAID. SIMID creates a safe and secure environment for publishers and diminishes the misuse problems that were found in VPAID.

Now that we covered why it’s important for advertisers to use VAST for in-video advertisements, let’s examine some of the top performing in-app video ad formats: rewarded, native, and interstitial.

Rewarded video ads continue to be one of the most beloved formats of in-app advertising for both advertisers and users, as they have high completion rates. Users opt-in to watching an ad in return for a reward, such as an additional life in a game or ad-free service for a period of time. Because the user chooses to watch the ad, they are more likely to stay engaged — meaning that many users may take additional actions and ad recall is high. While the format has typically been associated with gaming apps, rewarded video ads are increasingly seen in other categories, including music and learning apps.

Native video ads are non-intrusive ads that appear as users scroll through the content of the app. As they mimic the native app content, they are perceived by the user as being highly relevant and do not usually disturb the user experience. The format used to be found almost exclusively on social media, but non-social apps have started adopting the format as well. In fact, eMarketer projected a 24% growth in native video ads in 2019.2 Similar to rewarded video ads, native video ads have high ad recall and are favored by users compared to other ad formats.

Skippable ads are interstitial video ads that allow users to skip the ad after five, 10, or 15 seconds. These are full-screen ads served at a natural transition point, so as not to disturb the user. As users may choose to skip the ad, it’s important that the creative grabs the viewer’s attention in the first four seconds — before they decide to hit “skip.” Advertisers should look for a skippability flag from the publisher to determine whether an ad space is skippable or not. 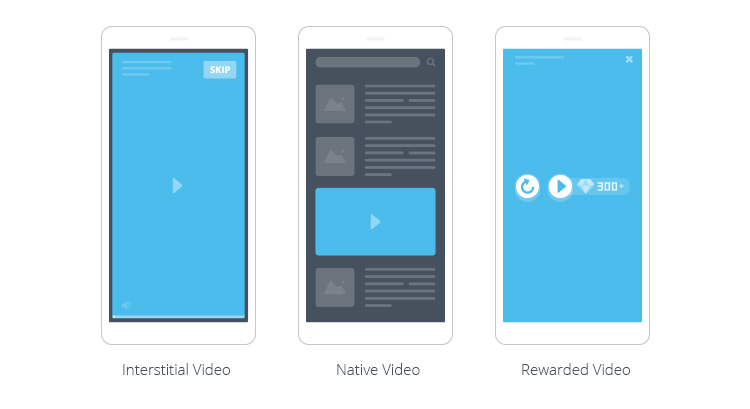 With the growth in mobile video viewership, we can expect that the demand for in-app video advertising will continue to grow. There are a number of video ad formats, including rewarded video and native video ads that provide high user engagement rates and ad recall from consumers. In addition, interstitial skippable ads are preferred by users, providing an opportunity for advertisers looking to maximize their ad budget.

While VPAID used to be commonly used by advertisers, the IAB is working to phase out the standard in favor of both VAST and SIMID. Additionally, the introduction of the OM SDK means that publishers no longer have to implement multiple SDKs to ensure that their ad spaces are viewable. The OM SDK and VAST 4.1 are supported in the Smaato NextGen SDK ensuring an optimal experience for both advertisers and publishers. If you’d like to learn more, contact a Smaato representative. 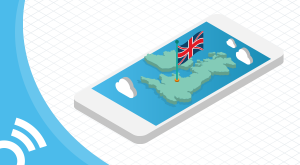