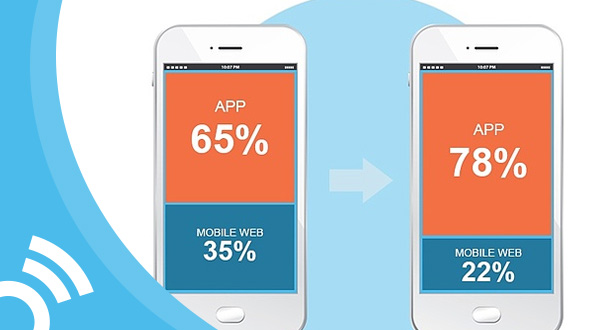 Where to Spend Your Ad Dollars? There’s an App for That

When planned right, ad dollars follow consumer eyeballs, and these days people only have eyes for their mobile devices. According to eMarketer, the mobile advertising market will pass a major milestone in 2016, topping $100 billion and accounting for more than 50% of all digital ad spend for the first time.1

But enough about the statistics – how does this shift to mobile play out in people’s daily lives? Let’s say you’ve invited friends over for a barbecue, and you need to find inspired recipes for the grill in a hurry. Most of us would pull out our phones to run a quick web search for the perfect recipe. A few clicks later, you’re in your trusty weather app making sure your plans won’t be a washout. After a stroll through your social apps (5 more friends confirmed!), you’re putting together the playlist for tonight on your favorite music app. Where would we be without apps?

Looking at mobile habits today, it’s probably no surprise that apps are stealing consumers’ attention from all other types of media. Overall, mobile is rapidly displacing the time consumers are watching television and chipping away at desktop. 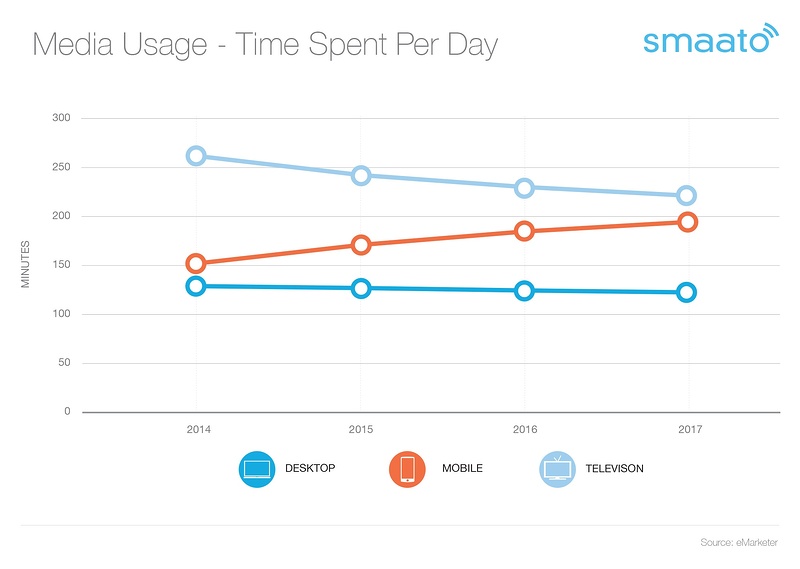 Within mobile, consumer attention is quickly shifting from mobile websites to in-app. According to comScore’s recent U.S. Mobile App Report, apps alone now represent the majority of digital media time at 54%. Total digital media usage is “exploding” and mobile apps are the big bang – expanding the market by contributing a whopping 77% of all growth.2

Increasing evidence shows mobile advertisers are following consumer eyeballs, and shifting their focus from mobile web (think Chrome & Safari) to in-app ads. Global ad spend data from the Smaato platform supports the finding that apps are increasingly dominating mobile websites with advertisers. Global in-app spend grew from 65% to 78% in just 12 months.3 The APAC and EMEA regions also saw apps pick up share over the mobile web in Q4 2015. The app advertising under-dog days are over.

And who wins when mobile ad spending migrates increasingly into apps? Everyone: advertisers, consumers and app developers.

Last but not least, app developers get a one-stop shop for app monetization with the Smaato SDK (Software Developer Kit). Integrating with the mobile advertising ecosystem via our SDK packages a free ad server, video player and even an integrated browser. It reduces latency and comes loaded with robust ad quality controls. Thus publishers have a much easier, cleaner and feature-rich integration.

It’s important to note that the most successful advertising strategies include both in-app and mobile web content. Mobile web is still responsible for significant ad volume, but a comprehensive strategy would focus more heavily on in-app ads. The inherent intent of using a specific app paired with the copious amounts of user data available in-app simply lends itself to yield optimization for both publishers and advertisers.

In summary, it’s time to revisit your advertising strategy and spice it up with in-app ads. More than 90,000 mobile apps use Smaato’s platform for monetization. Advertisers get direct access to over two billion eyeballs for their campaigns across 450+ ad networks and DSPs. With this kind of scale, it’s not hard to see why mobile advertising can reap big rewards for both advertisers and app developers.