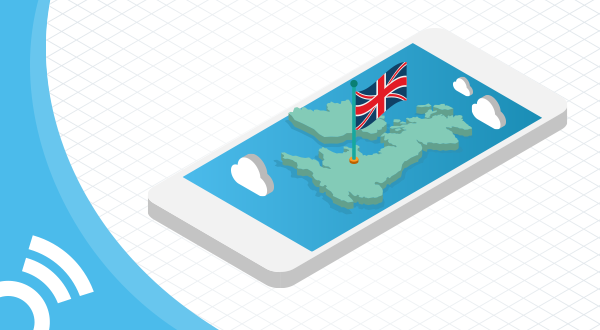 Following several years of consistently strong market development, the United Kingdom saw a substantial decline in total media ad spending growth back in 2017 (down to only 4%, compared with 7.7% in 2016).1 Concerns surrounding the impact of the Brexit vote and the introduction of the General Data Protection Regulation (GDPR) played its role in causing anxiety amongst advertisers. Since then, the UK market has shrugged off any nerves and rebounded, with 2018 growth increasing to 8.1% ($28 billion). In 2019, the growth rate slowed somewhat to 6.2%, however, forecasts predict it to remain stable in 2020 as the country prepares to complete its exit from the European Union.

Apps are extremely popular in the United Kingdom. Figures from early 2019 demonstrate that there was a 55% increase in UK consumer spending on the app store between 2016 and 2018.2 Furthermore, the UK’s mobile economy is growing faster than the country’s GDP — even outpacing both the US and China in such a comparison. Brexit or no Brexit, when it comes to in-app advertising, the UK remains an attractive prospect for publishers, app developers, and advertisers alike — and the figures are there to show it. Let’s examine some of the key numbers and stats that make the country stand out.

The Rise of UK Mobile Advertising

In 2019, digital advertising formats accounted for 66% of total media ad spending in the United Kingdom. Mobile has now become the biggest driver of this growth, accounting for 47% of all ad spending at $13.7 billion.3 This mammoth share of advertising focus is expected to increase to over 57% by 2023 ($21.1 billion), extending its proportion of digital and dwarfing all other forms of advertising media. In 2014, mobile accounted for a mere $3 billion of ad spending in the UK — around half of TV’s ad spending. However, the chart below demonstrates how rapidly the tide has now turned in favor of the mobile device.

Smartphone Penetration in the UK

The increasing drive for advertisers and brands to target UK consumers via their mobile phones comes as no surprise. The UK has the third largest population in Europe, however, its smartphone penetration rate edges slightly ahead of both Germany and France, at 68.7%.4 This percentage of owners is also expected to grow faster than the country’s Western European counterparts, reaching almost 73% by 2023.

As ownership grows, the time that Brits are spending with their devices is also increasing. UK adults spend over 3.5 hours per day on their smartphones. Mobile is the only media category experiencing growth in daily usage across the country — up 11.3% on the previous year and expected to surpass four hours by 2021.5

The Smaato platform shows just how extensively the in-app advertising ecosystem has expanded due to growing smartphone penetration and daily usage in the UK. Ad requests have exploded over the past five years, reaching over 12X as many in Q4 2019 than back in Q4 2014. 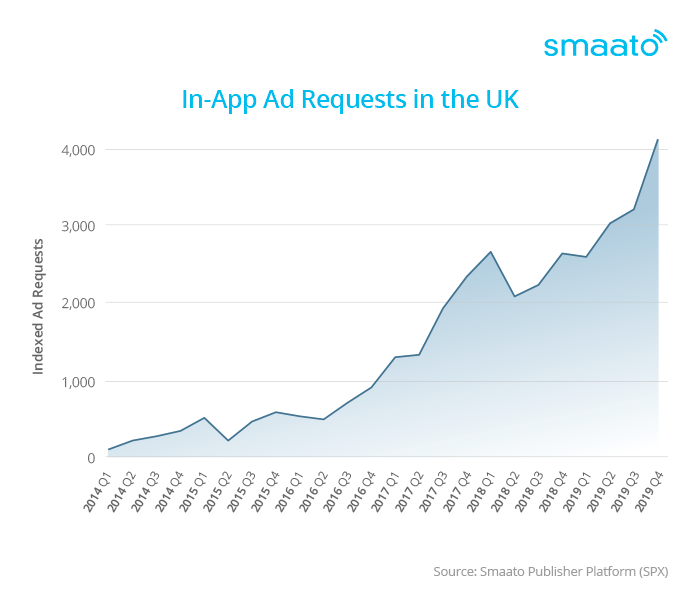 iOS vs Android in the United Kingdom

When it comes to the preferred operating system in the UK, mobile data from the Smaato platform shows a clear victor in the battle between Android and iOS. Apple’s platform accounted for 59% of UK ad requests during H2 2019. In contrast, the global picture almost reverses this share in favor of Google’s rival system Android with 58% of the ad requests. Though ad requests originate from iOS devices more often than Android in the UK, data from Smaato illustrated that the share of ad spending is practically equal across both platforms. Ads served within iOS apps in the UK recieve 30% more impressions per unique device than its main competitor. However, in this region, Android is in fact the more lucrative operating system for publishers, generating on average 9% more revenue per user. 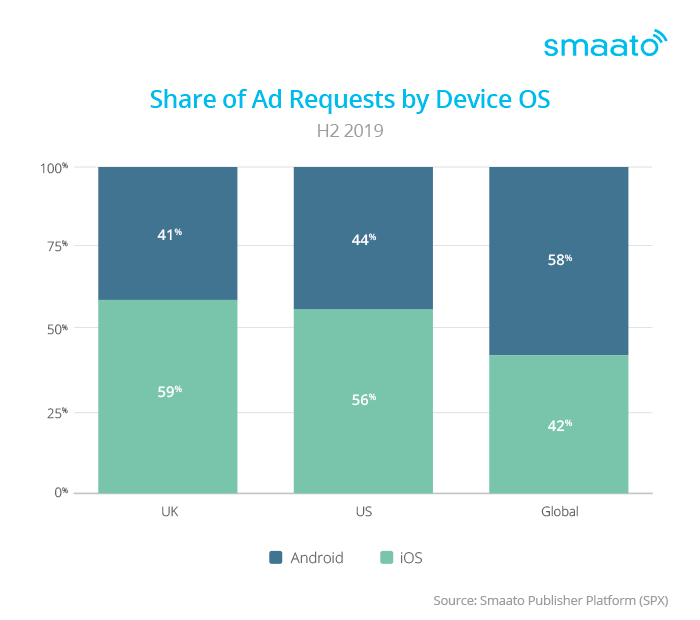 Mobile display advertising in the UK is set to experience a major shift as we continue through 2020. Banner ads have accounted for the majority of ad spending in recent years, however, as mobile video becomes more prominant and accessible due to the rise of 5G networks, things are all set to change. Advertisers have slowly bridged the gap in ad spending between video and banner ads. In 2020, eMarketer forecasts video formats to overtake banner for the first time, with UK ad spending for video set to surpass $4 billion compared to banner’s $3.95 billion. While both ad categories are expected to grow in the UK, it’s clear that video is expected to increase much more rapidly, reaching $6.7 billion in 2023, as banners begin to plateau.6 Offering high rates of user engagement for advertisers and attractive eCPMs for app publishers, videos ads can deliver big wins for both sides of the in-app ecosystem — and it’s clear that the UK is set to become a video-first market. 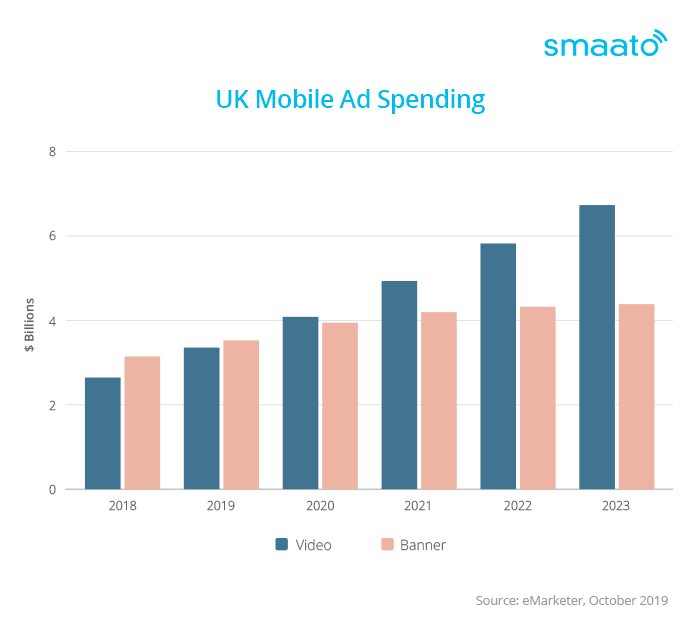 The Future of In-App Advertising in the UK

The UK mobile advertising industry weathered the initial uncertainty of the Brexit vote and rode through the GDPR storm. More than three years after the Brexit referendum result was announced, it now seems likely the the UK will no longer be part of the European Union in early 2020. The true impact of such economic change is difficult to predict, however, the country’s high level of smartphone penetration combined with an engaged audience who is spending more time with their smartphones each year, offers a compelling opportunity for both advertisers and publishers throughout the in-app advertising industry.