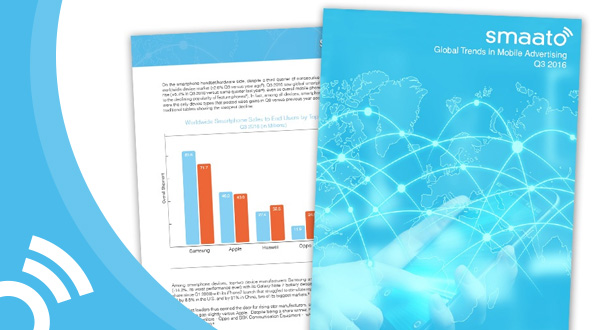 We recently released our new Global Trends in Mobile Advertising Report for Q3 2016 with insights drawn from in-depth analysis of up to 300 billion ad impressions generated across over one billion unique mobile devices every month on the Smaato platform. This report provides key facts, mobile trends and ad spending insights from both in-app and mobile web ad inventory over the third quarter of 2016.

Worldwide mobile ad spending continued to post robust growth (+64%) in Q3 versus the same quarter last year on the Smaato platform. The Americas region grew most (+77%), while APAC and EMEA followed with healthy gains of +64% and +22% respectively. 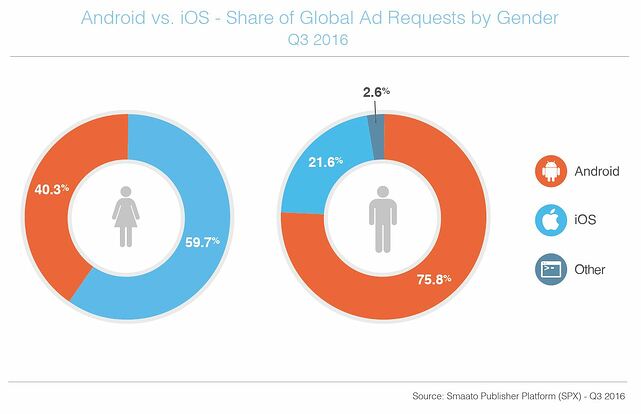 Video is rapidly growing in popularity on the Smaato platform, as advertisers and publishers alike flocked to claim their slice of this engaging format. Video ad spending grew +557% in Q3 2016 versus the previous quarter.  Additionally, the average video eCPM was more than 9 times higher than the average overall eCPM in the third quarter of 2016.

For more detailed analysis and insights into these findings – along with many more graphics, please download our complete free report today.