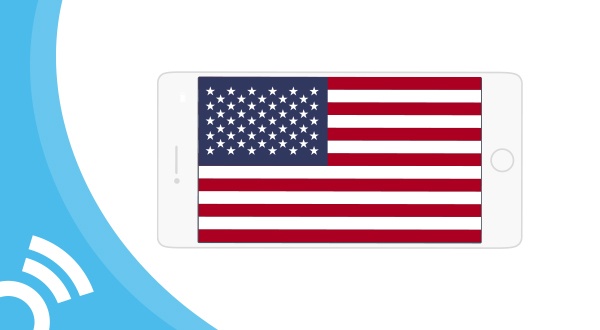 US Mobile Ad Spending and Usage by the Numbers

It might come as no surprise that people in the US favor their mobile devices. After all, the US is the land where Apple and Google first found mobile success. The full extent to which US mobile users spend time on their phones is especially impressive. Forget television and desktop computers. Mobile phones, and specifically apps, are now the most popular form of media in terms of total usage and ad spending.

In the US, mobile is king. Here are the figures that show just how big the experience is — and what you can do to take advantage of the mobile in-app trend.

As the above figure shows, apps are the reason for the enormous US mobile ad spending. Advertisers prefer apps, as there are more advanced targeting options and richer data available compared to mobile web. That’s only part of the story. A big reason for the disparity between in-app and mobile web ad spend is the overwhelming usage of apps by US users.

Apps have long been preferred by mobile users in the US, but the trend is shifting even stronger towards apps. US smartphone penetration is high and the average US user now spends nearly four hours (three hours and 51 minutes to be exact, reports eMarketer) using their mobile devices. Of that time, only 33 minutes is spent within mobile web — the remaining three hours and 18 minutes are spent in-app. The total amount of time that users spend in-app compared to mobile is a dream for advertisers. With apps being used so often, and by so many, advertisers have plenty of opportunities to reach customers.

Opportunities in the US

Although in-app is both the present and future of advertising, opportunities for optimization remain. Users in the US and throughout the world use their phones dozens of times a day to find solutions in the moment. These moments are spread throughout the day, yet advertisers are missing chances to reach these users. 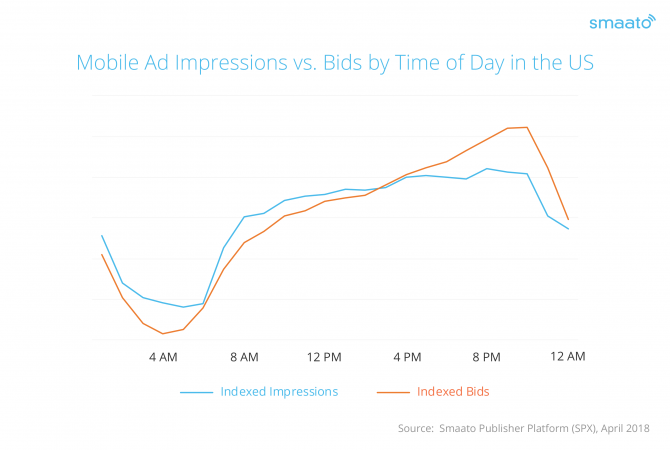 As the chart shows, app usage stays largely steady throughout the day on the Smaato platform. Marketers are still attempting to reach users during the traditional “prime time” hours at around 8 p.m. that were established by the television industry decades ago. At this time, bidding activity is especially high. However, the steady influx of ad impressions throughout the morning hours — a time when bidding activity is still quite low — represents a great opportunity for advertisers to reach users.

Future Trends in US Mobile Ad Spending and Usage

There’s little doubt that app usage will continue to grow in the US for years to come. The rate of smartphone penetration in the US might make it mature market when compared to some fast-growing Asian countries, but it’s still an invaluable region for both advertisers and publishers alike.