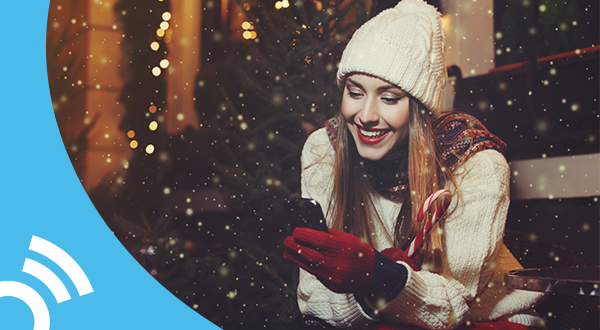 The holidays are a magical time in the mobile industry, with consumers’ app usage at its highest all year as they browse, shop, and play on their mobile devices. This increased time spent with mobile is good news for mobile publishers and app developers, as advertisers are spending an increasing amount of their holiday budgets on attracting consumers’ attention while they are in-app.

To help mobile and in-app publishers maximize their ad revenues this holiday season, we recently publishers our Holiday Guide to Mobile Advertising, which outlines the most impactful mobile advertising trends during the holidays.

Although the overall supply of mobile inventory increases during the holidays alongside consumers’ mobile usage, the surge in advertiser demand is much more significant. This leads to rising eCPMs for mobile and in-app inventory that begins on Thanksgiving and lasts throughout Christmas. 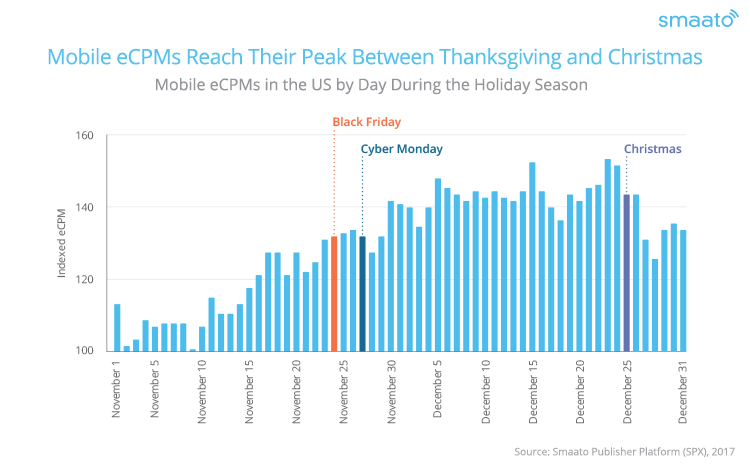 This increased demand is driven by not only increased mobile and in-app traffic but also consumers’ mobile retail spending. The 2018 holiday season is expected to see 68% of traffic and 46% of orders coming from mobile — marking a tipping point in which mobile devices surpass computers for both traffic and order share for the first time ever.1

Video Ads Are the Gift That Keeps on Giving

Mobile video is a gift to publishers, with eCPMs more than +300% higher than those of non-video ad formats throughout the holiday season. This difference reaches its apex on Cyber Monday when eCPMs are +752% higher for video than non-video ad formats. 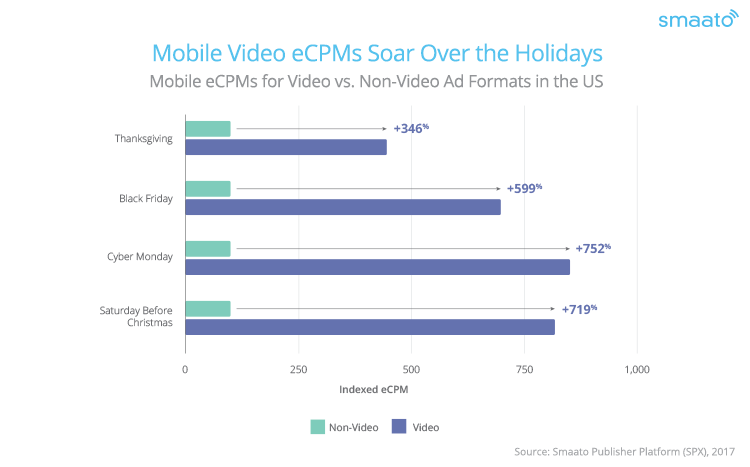 Even once the stockings are empty, the holidays still have something left to give mobile publishers. The period between Christmas and New Year’s is a unique opportunity to capitalize on users’ free time as they spend an increased amount of time with their mobile device.

Last year on the Smaato platform, the volume of mobile ad requests was +12% higher in the week following Christmas than the week prior. This increased ad request volume signals that users are spending more time in-app as they test out their new devices and enjoy their final days of vacation — an excellent opportunity to snag some extra ad revenue before advertisers’ holiday budgets run dry.

For more mobile insights into how to maximize your ad revenue this holiday season, download The Holiday Guide to Mobile Advertising. 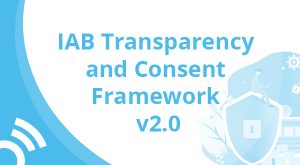