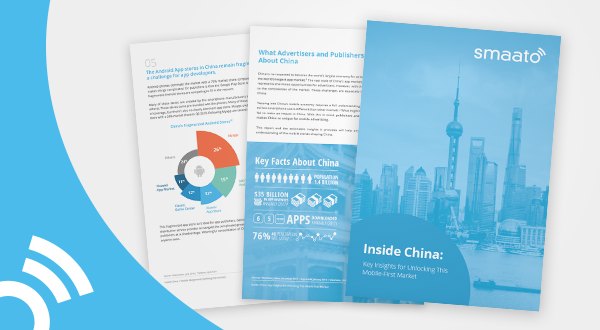 Our new whitepaper, “Inside China: Key Insights for Unlocking This Mobile-First Market,” takes a deep-dive in what’s needed to find success in China. Download it today.

There have been plenty of headlines about the enormous growth China is experiencing across key sectors. The rising middle class, increasing productivity, and rapidly-expanding public infrastructure are all positive signs for the opportunities in China. That enormous growth can also be seen with mobile devices in China. 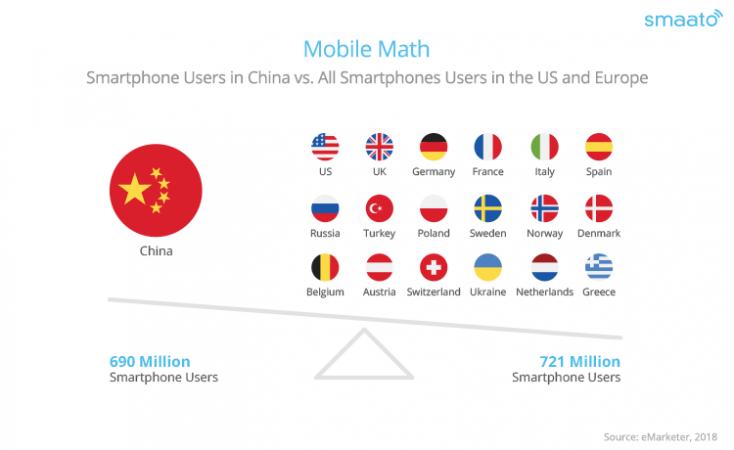 On a per capita basis, China’s GDP is lower than many other APAC nations — and less than half of South Korea and Japan. However, China is extremely desirable to advertisers. Part of the reason is that smartphone usage rates in China are particularly high, so audiences here are particularly engaged. 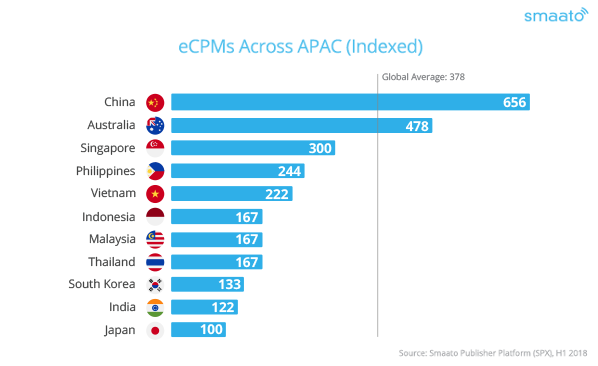 A key reason why eCPMs are so high in China is that brands are eagerly trying to earn a foothold in the market as personal spending power quickly grows. It is projected that by 2022, 61% of China’s urban households will be considered upper-middle class or higher.3 Rising wages means more spending power, so advertisers are trying to attract these potential customers. In 2012, the year the iPhone 5 first launched worldwide, just 17% of urban households in China were regarded as upper-middle class or higher.3

Navigating the Always-Changing Government Regulations Is a Challenge

As big as the opportunities are in China, there are challenges that publishers and advertisers need to be aware of. Out of all those challenges, none are as complicated as dealing with the rapidly-changing government regulations. There are a number of rules that companies need to abide by when operating in China, as some of the biggest digital companies in the world have learned.

Some rules can be burdensome, such as strict advertising requirements. Other regulations can be inscrutable, such as China’s rapid crackdown on mobile games as an effort to limit the amount of time children spend playing. As challenging as this environment can be, it is possible to navigate this framework.

The Many Android Stores Remain as Fragmented as Ever

Android phones dominate the Chinese market with a 75% market share compared to 22% for Apple’s iOS.4Despite this clear majority, publishers with Android apps have additional challenges. The Google Play Store is blocked in China, so hundreds of fragmented Android stores have taken its place. 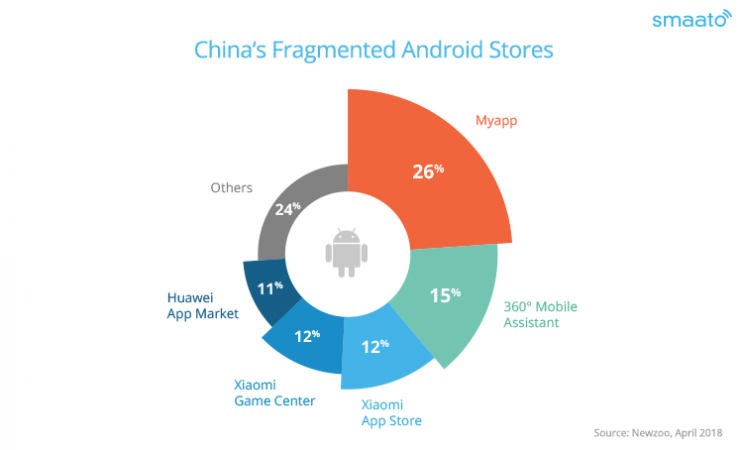 This fragmented app store landscape is not ideal for app publishers. Gaining access to each store requires finding a local distribution service provider to navigate the complicated process. It also puts foreign publishers at a disadvantage. Meaningful consolidation of China’s Android app stores is unlikely to happen anytime soon.

These are just a few of the mobile insights into China. Download the full report to make the most of the opportunities within China.