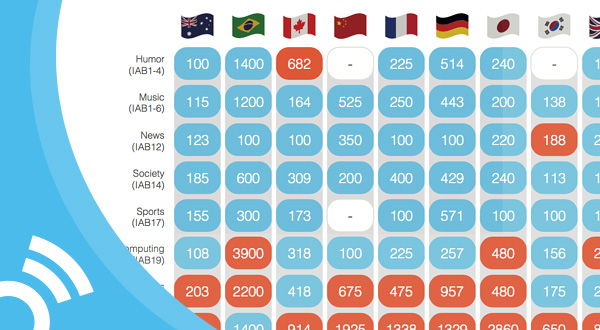 Apps have transformed our lives, enabling mobile devices to replace both mp3 players and the TV weatherman. We now spend more time using apps than ever before, and the recent shift of ad spending towards in-app reflects this fact. As uncovered in our recently-released Q1 2017 Global Trends in Mobile Advertising report, in-app ad spending reached a record high on the Smaato platform in Q1 2017 with a 91% share of total mobile ad spending (versus mobile web).

We analyzed over one trillion ad requests on the Smaato platform in Q1 2017 and saw that, of this amped-up mobile ad spending, a higher share went to in-app than ever before. But this rising tide did not lift all boats equally — certain app categories fared better than others.

Weather was not the largest app category on the Smaato platform in terms of sheer ad spending, but it was the most highly valued by advertisers in the first quarter of 2017 — with average eCPMs 2.5X higher than any other category. Other particularly strong performers included gaming (Video & Computer Games) and dating apps (Society). 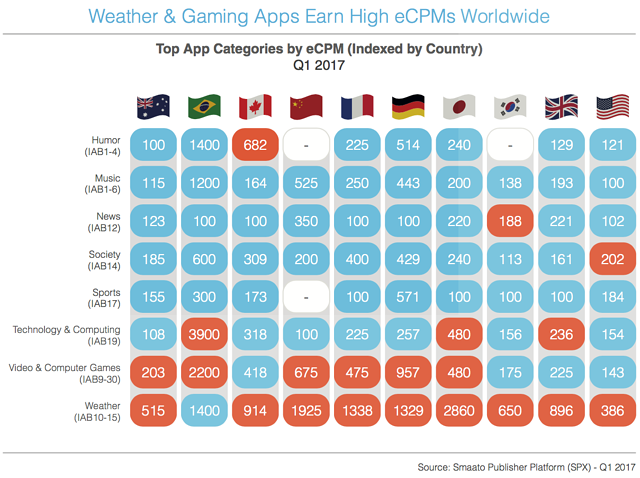 By-country analysis of eCPM by country showed that while advertisers’ valuation of app categories had some regional variation, weather apps saw the highest ad values in nearly all of the world’s top mobile ad spending markets. In fact, the only country where weather apps did not garner the highest average eCPM was Brazil — where tech (Technology & Computing) and gaming (Video & Computer Games) apps prevailed instead.

Bad news was good news for weather apps in the US over this period, as inclement weather conditions seemed to drive ad views. The first major increase in weather app ad impressions occurred in late May and June, just as tornado and thunderstorm season picked up. Next, as summer thunderstorms and tornado activity peaked in late June and July, so did weather app ad impressions — with everything clearing out by early August.² 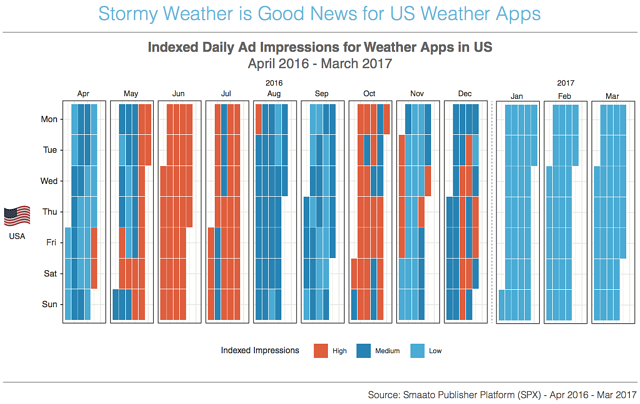 The next peak for weather impressions came in hurricane season, which in 2016 featured Hurricane Matthew, a Category 5 hurricane that dominated headlines from late September to mid-October and caused widespread destruction.³ An unusual rash of out-of-season tornadoes also drove weather app impressions in the late Fall, as November 29 was unexpectedly the second most active tornado day of the year according to NOAA. 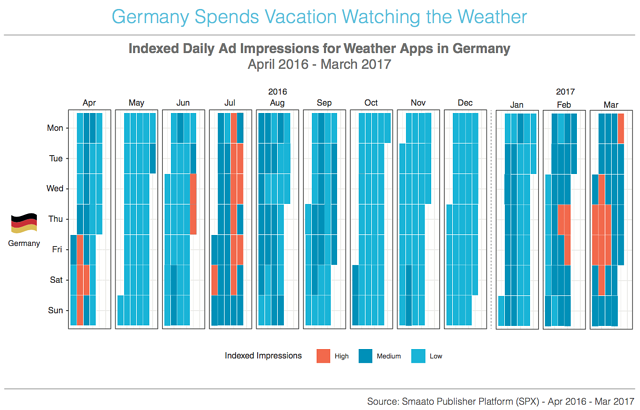 Germany’s mobile weather app usage seemed to be sun-driven, as users seek fair weather when they have time off to enjoy the outdoors. School and university break times — whether summer vacation, spring or winter break — were times when weather app ad views are highest. Unlike in the US, predicting bad weather at times when users are already working is not a driver of ad views in weather apps on the Smaato platform in Germany. 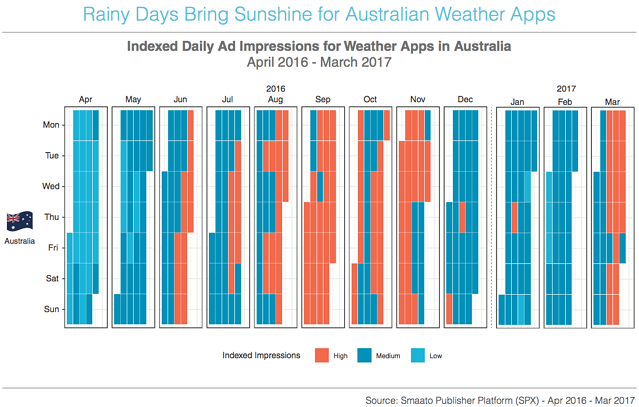 As a Southern Hemisphere key mobile advertising market, Australia’s seasons are obviously reversed from the US and Germany, for example. However, the differences don’t end there. Unlike, say, in the US, where wind-related weather drives weather app ad impressions, or in Germany, where mobile app users are sun- seeking, Australia’s weather app impressions are rain-driven. 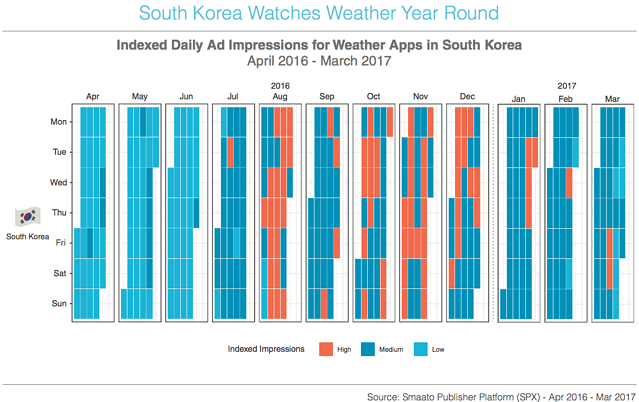 For the full analysis of the past year’s mobile advertising trends, download our Q1 2017 Global Trends in Mobile Advertising report. This report also explores: