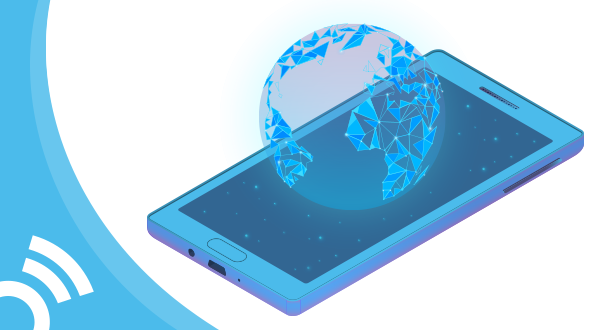 As mobile devices continue to penetrate emerging economic regions throughout the world, in-app advertising opportunities are rapidly expanding in areas outside of already developed markets. Smartphone penetration and app demand have continuous growth rates in many emerging countries, which is reflected through data from the Smaato Q3 2019 Global Trends Report where there was a 34% increase in global ad requests during the third quarter of the year.

In this blog post, we take a look at some of the standout emerging mobile markets, the trends, and the growth that are offering plenty of in-app opportunities to advertisers, publishers, and app developers alike.

Namaste to Mobile Advertising in India

India has experienced considerable growth in smartphone penetration in recent years. In 2014 only 10% (123 million) of the population had access to a smartphone device. The figure has risen to over 28% (370 million) in 2019 and growth is not expected to slow down, with users forecast to increase to over 34% of the Indian population by 2023.1 Data from the Smaato platform shows the effect this expansion has had on in-app advertising. Q3 2019 ad requests increased by 151% when compared to the same period in 2018. Advertisers are recognizing this increased in-app demand, as ad spending for the Indian market increased by over 28% year-over-year. Mobile eCPMs demonstrated substantial growth too, increasing by 87% in Q3 2019 versus the same time period last year, which shows the increased trust and investment in the region.

Although smartphones are owned almost universally amongst Indonesian internet users (99.3%),2 their penetration of the country’s full population is less mature at 33.9% (89.8 million).3 However, the market growth in Indonesia is impressive — with ownership expected to increase by 9% over the next four years. The trend of smartphone usage is clear to see in Q3 data from the Smaato platform, where in-app ad requests increased by almost 71% year-over-year. With this increase, Indonesian advertising dollars followed suit, as there was a 40% increase in ad spending in Q3 2019 vs Q3 2018.

Another market that continues to show impressive growth is Brazil. Ad spending had an enormous increase of 215% from Q3 2018 to Q3 2019, while eCPM wasn’t far behind with 184% growth. Although a more mature market than India (smartphone users account for 46% of Brazil’s population — 96.8 million), Brazil’s mobile device penetration has seen consistent growth in comparison to more saturated markets. Smartphone users are expected to increase to 51% of the population by 2023. Not only are users growing, but mobile is also eclipsing other forms of media consumption. 97.6% of internet users in Brazil own a smartphone — fewer than 70% own a laptop or desktop PC.4

Smartphone Is King in Thailand

Not too far behind Vietnam, smartphone penetration has almost doubled throughout Thailand since 2014, with 38.5 million (55.9% of the population) using these devices in 2019, compared to 19.6 million five years ago. Not only is ownership prolific, Thais spend more than five hours6 each day on their mobile devices, offering in-app advertisers many opportunities to reach an engaged, emerging audience. This extensive on-screen activity is reflected through Smaato data from Q3 2019, as ad requests in Thailand increase by almost 85% and eCPMs increased 61% over the previous year.

When analyzing percentage share of ad requests by in-app ad format for each region, data from the Smaato platform provides some interesting insights.

With the exception of Thailand, each emerging market has a larger proportion of ad requests for native ads and interstitial video than the worldwide average percentage share. In fact, Indonesia’s share for native ads was over six times higher than the average in Q3 2019 — with Vietnam and India also boasting a substantially higher proportion. In Brazil, demand for interstitial video is clear to see, as ad request share for this ad format was over three times higher than the global average.

Native ads and interstitial video ads have some of the highest click-through rates of all ad formats. Their prevalence throughout these emerging mobile regions, combined with an engaged and growing audience, offers advertisers many opportunities to tap into high-conversion in-app campaigns.

As mobile-first economies, media consumption in these regions is centered around the in-app ecosystem. While Brazil, Indonesia, India, Vietnam, Thailand, and other regions develop, their growing number of users and affinity for the mobile environment presents an exciting prospect for app publishers and advertisers alike.

Curious to learn what other trends we discovered for Q3 2019? Our newly-released Q3 2019 Global In-App Advertising Trends report looks at wider geographic trends for in-app advertising and many other programmatic insights. Download the report to help improve your in-app advertising strategy in 2020 and beyond.