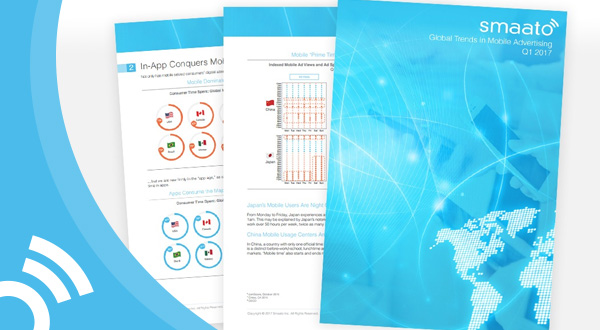 Mobile Ad Space More Valuable Than Ever Before

Advertisers valued mobile ad space more than ever in Q1 2017, as global mobile eCPMs grew almost 50% versus the same quarter last year. While this global growth was impressive, the performance of certain key countries and regions stood out far above the rest.

Both EMEA and the Americas saw steady gains from Q1 2016 to Q1 2017; however, APAC led all regions with a 139% increase in eCPMs. In addition, Vietnam and China posted the highest eCPM growth, not only in the APAC region, but worldwide — each increasing their mobile ad values by over 2.5X. As the second-largest market by mobile ad spending on the Smaato platform, China, in particular, is the country to watch as it trends upwards in the mobile advertising world. 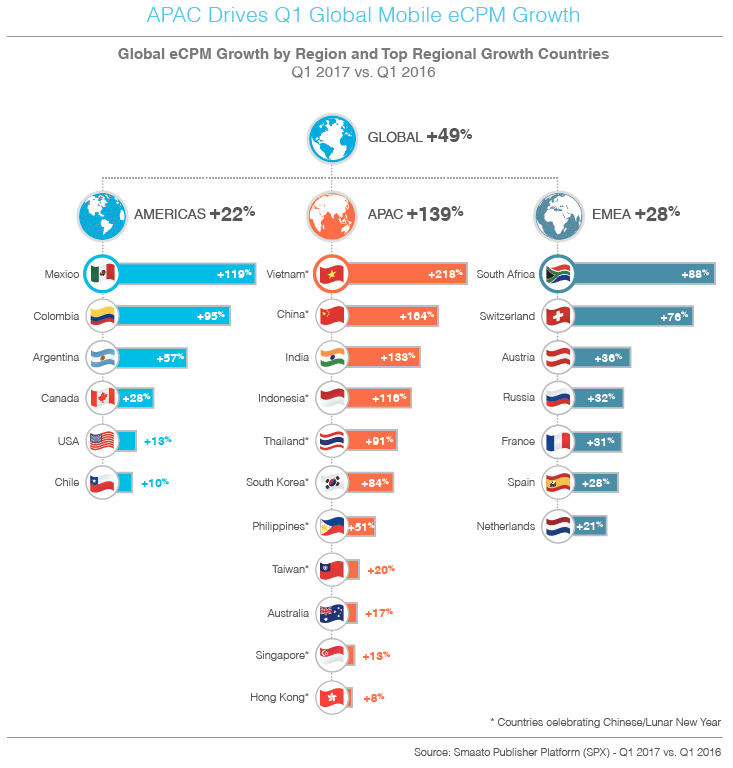 eMarketer forecasts suggest China will continue to grow rapidly and project China’s overall mobile ad spending will increase 39% this year versus 2016 — although year-to-date growth on the Smaato platform exceeds that eMarketer projection. China ($36 billion in 2017, according to eMarketer) may still be second to the US ($58 billion) for now in terms of mobile ad spending, but the entire APAC region will likely pull ahead of North America by 2019 with the help of China’s continued projected growth and developing markets such as Vietnam, India, Indonesia, and the Philippines.¹ 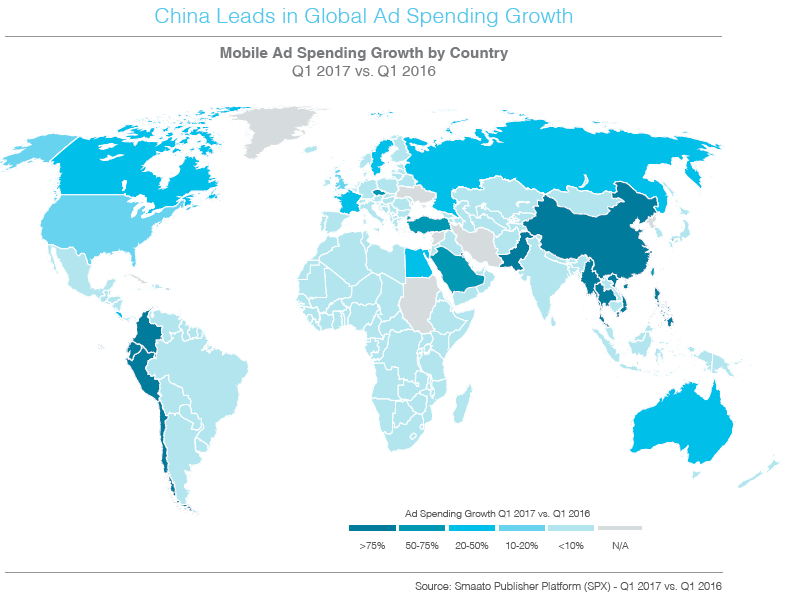 Over 1/5 of the world’s population celebrates Chinese/Lunar New Year, which is a two-week-long holiday period that began on January 28 this year. With nearly three billion trips made inside China during this celebratory time, it is also the world’s greatest annual migration of people.²  But no matter how far they roam, these travelers never seemed to be far from their mobile devices.

Chinese New Year, also known as Spring Festival or Lunar New Year, drove significant increases in mobile device usage and retail sales in Q1 2017,³ and many of the countries that posted the highest Q1 2017 eCPM growth on the Smaato platform celebrated this holiday. 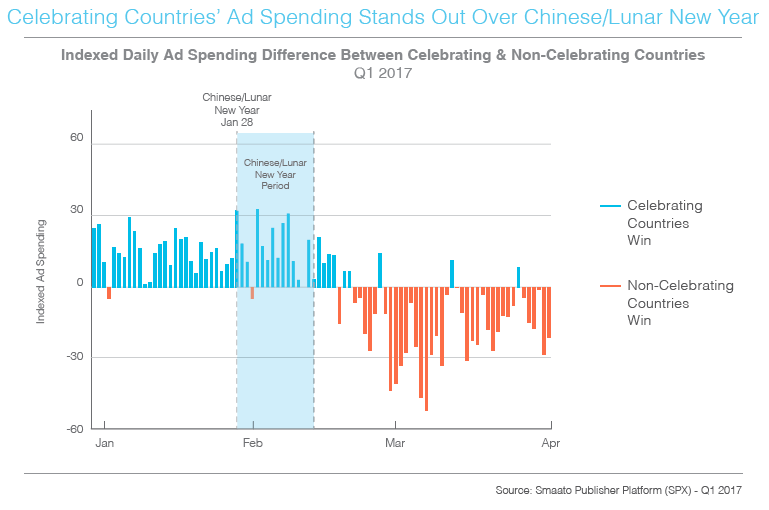 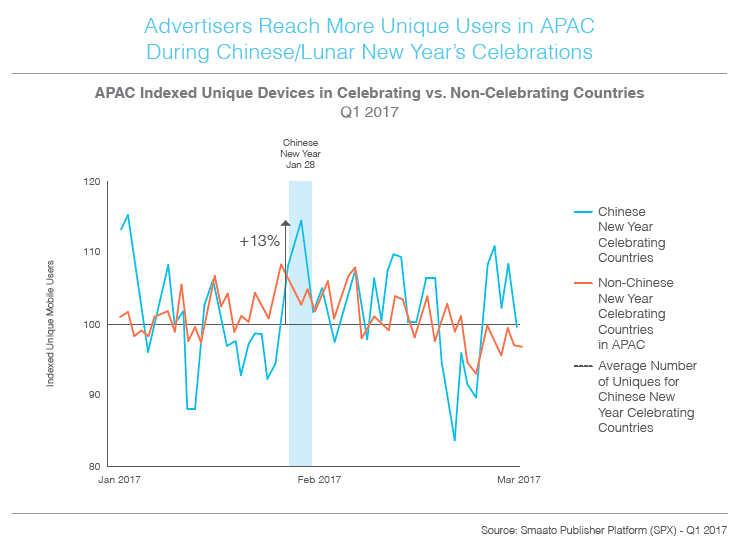 Additionally, as people were reaching for their smartphones to send messages and virtual red envelopes to family and friends, the number of unique mobile users in celebrating countries spiked over Chinese/Lunar New Year — rising 13% versus an average Q1 day.

In this report, you will also discover: