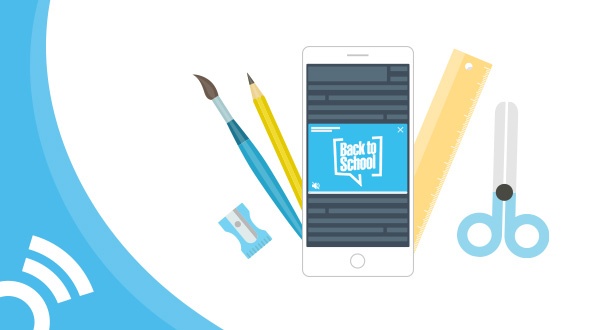 School is out and summer is in session, but don’t think this means it is time to relax. Now is high time for brands to begin planning their advertising strategy for the upcoming back-to-school season.

Last year’s back-to-school spending in the US totaled $27 billion, with the average US family spending $501 per child. With an increasing amount of back-to-school shoppers researching, browsing, and purchasing on mobile (and, more specifically, in apps), investing ad dollars into an in-app campaign is a great way to get A+ conversions this back-to-school season.

Each year, more parents turn away from the store and towards their smartphone as they get their kids ready to go back to school. Last year, 63% of US consumers reported using their smartphone for back-to-school shopping, one-quarter of whom planned to increase the amount of shopping conducted on their smartphone the following year.1 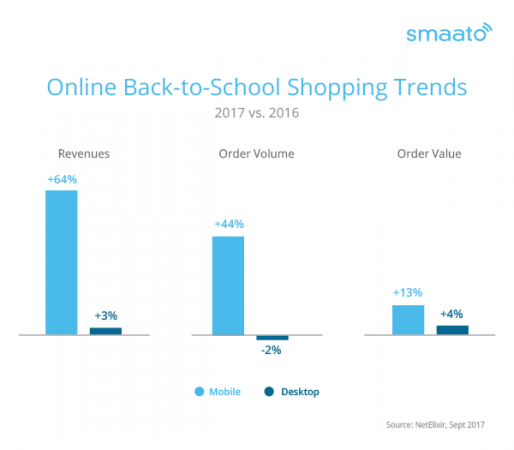 Product categories that US mothers are most likely to purchase on mobile for the back-to-school season include:2

Smart brands will embrace a comprehensive advertising strategy over the next two months to capture the billions of dollars these parents plan to spend as they prepare their kids for the new school year. But brands shouldn’t just be focusing on the money that is spent on mobile. A mobile advertising strategy is a key component of any back-to-school advertising campaign, as many consumers rely on their mobile device for pre-purchase activities, such as finding discounts and researching prices, before making the final purchase with in-store or on desktop. 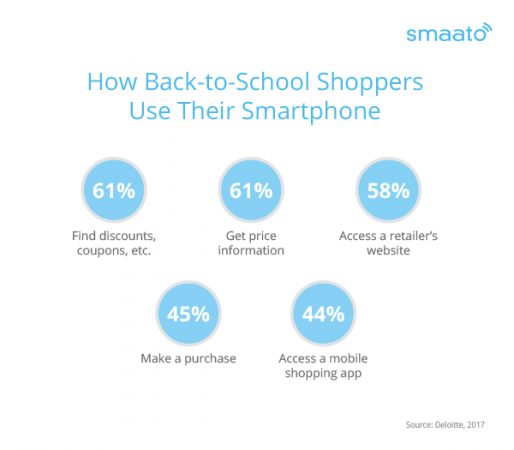 It is clear that mobile will be a more important channel for reaching parents this back-to-school season than ever before. These shoppers are not only active on mobile, often using it for shopping activities, but many are also highly engaged with mobile ads. According to a survey by the Rubicon Project, 37% of K-12 parents and 40% of college parents said they clicked on a mobile ad in the week before they were surveyed, and of those respondents, one third made a purchase based on the mobile ad.

But what is the best mobile channel to reach busy parents this summer? Apps.

Mobile apps account for 90% of consumers’ smartphone time, which makes it the most effective channel for reaching the largest and most diverse audience of shoppers.3 And the most popular app categories among all smartphone users — gaming, social, and video — have also been proven to be loved by parents. 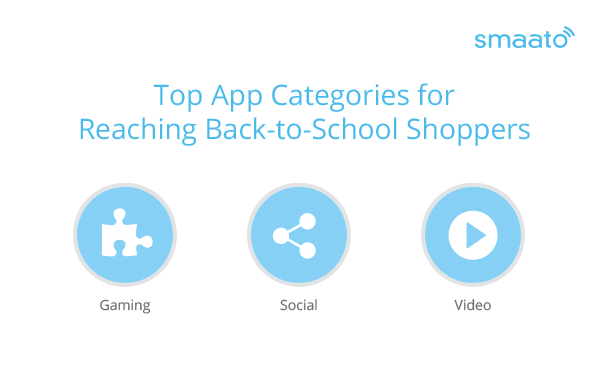 Nearly 70% of parents play mobile games, and parents are also twice as likely to watch videos on their phones than on a traditional TV.4 To catch these parents while they are in the shopping mood, advertisers should also consider social. Over 20% of consumers say that promotions and advertisements shown on social media influence their back-to-school shopping.5

Don’t procrastinate — the time to start planning a back-to-school ad strategy is now. Over half of consumers will begin their back-to-school shopping before August, and those that do start early spend 26% more on average than those that begin in August.6 Grab the attention of these high-spend shoppers with a comprehensive cross-device ad strategy that includes a targeted mobile campaign right where shoppers are spending their time — in apps.