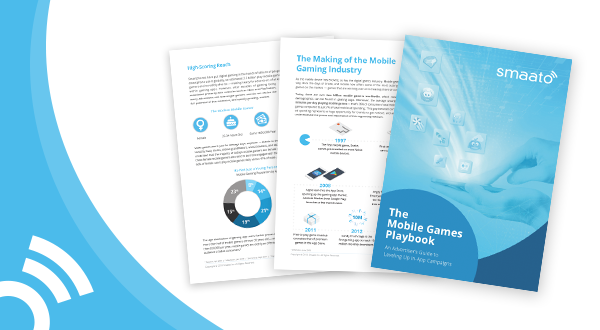 4 Reasons Mobile Games Can Level Up Any Ad Campaign

Smartphone users spend nearly one hour per day on average playing mobile games — that’s over 25% of their total mobile time! Meanwhile, only 7% of mobile ad dollars are going to mobile games, leaving a huge gap between consumer engagement and ad spending. This gap represents a massive opportunity for advertisers to get noticed in mobile games and harness the power of this large and diverse audience of mobile gamers.

The Mobile Games Playbook uncovers what makes mobile games score so high with consumers and how advertisers can get in on the mobile in-app game. This guide focuses on four features that in-game advertising so attractive: innovative environment, high-scoring reach, engaged users, and top ad formats.

As the mobile device has evolved, so has the digital games industry. Mobile gaming has come a long way since the days of Snake and now offers some of the most cutting-edge and interactive games on the market, such as Pokemon Go, Candy Crush Saga, Fortnite, and Clash of Clans. Today, over 60% of Android apps and 25% of iOS apps fall into the gaming category.1 These gaming apps are broad and diverse in their content and gameplay, which means that there is something for everyone.

Most importantly for advertisers, the rich and dynamic environment of mobile games is also free of user-generated content and the risks to brand safety that come along with it. This means that mobile games are a positive and brand-safe environment for advertising. They are fun and relaxing by nature, leading them to command a large share of consumers’ mobile time.

Smartphones have put digital gaming in the hands of billions of people worldwide, making gaming more accessible and personal than ever before. Of the 2.7 billion smartphone users worldwide, 2.3 billion play mobile games.2 This means today’s mobile gamers are incredibly diverse — making it easy for advertisers of all kinds to find their ideal audience within gaming apps. However, after decades of gaming being associated primarily with consoles such as Xbox and PlayStation, many advertisers still stereotype gamers and do not realize the full potential of this extensive, and quickly growing, market.

The majority of today’s mobile gamers are female (although the split is nearly equal), and these female mobile gamers also tend to be more engaged with these apps than their male counterparts — in fact, 60% of female users play mobile games daily versus just 47% of male users.3

Mobile gaming content is highly-engaging, driving app usage and ad engagement rates that are much higher than in other app categories. 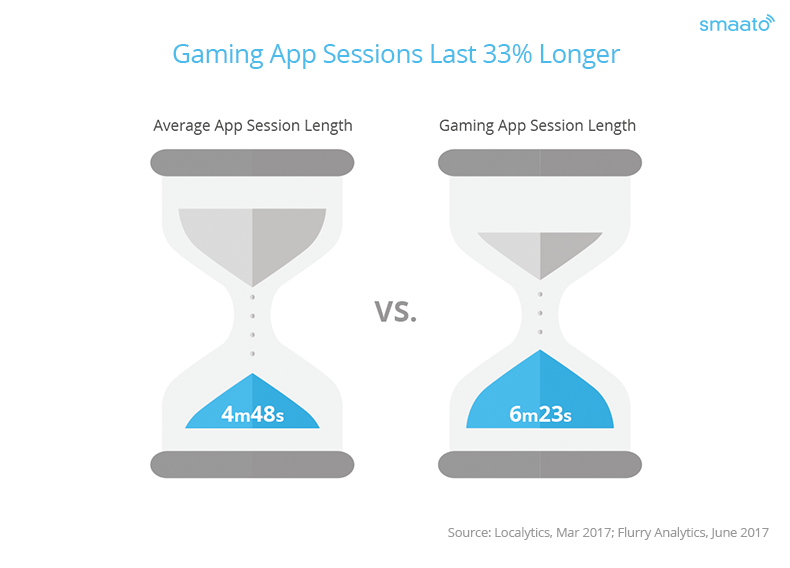 Despite the average user spending over three hours per day in-app, the average app session is under five minutes.4 Gaming apps, on the other hand, engage users on a much deeper level, with the average smartphone gaming app session lasting over six minutes. Gaming app sessions are even longer for tablet users, lasting over ten minutes on average.5 This means that gaming apps provide an opportunity for advertisers to not only reach a broad audience, but also an audience that is highly-receptive to advertising.

Home to the industry’s most innovative ad formats, mobile games make it easy for in-game ads to succeed. From rewarded video to interactive ads, advertisers can take advantage of the ad formats that have been proven to be the both preferred by consumers and effective for brands.

For more insights into mobile games and how to level up your in-app campaigns, download the Mobile Games Playbook.