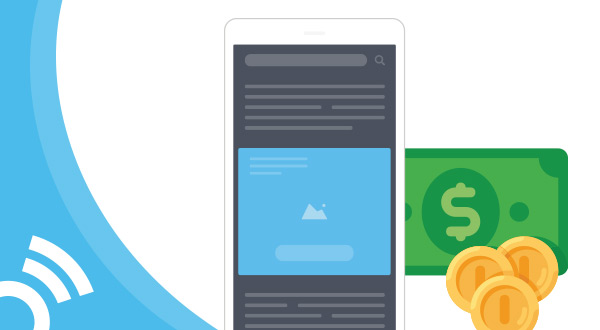 4 App Monetization Trends to Look out for in 2019

It’s not exactly breaking news that in-app advertising is more popular than ever. In the US alone, annual digital ad spending has hit $100 billion for the first time. Mobile advertising accounts for 65% of that figure.1 That’s great news for publishers looking to improve their app monetization strategies. However, beyond that big-picture trend, there are a few other app monetization trends publishers should be aware of.

In-App Purchases Face Pressure in the US

In-app purchases, whether it’s for new items, features, or content, have long been a popular monetization tool. However, legislative pressure from Europe and now the US means that game publishers might need to start reconsidering parts of their app monetization strategy.

One of the most popular types of in-app purchases is loot boxes, which give the player a randomized collection of in-game items. Most of these items are common, but the chances of getting a rare item incentivizes players to spend more.

Authorities in the Netherlands and Belgium declared loot boxes to be gambling and therefore illegal. Now, the US might be following suit. A proposed bill would make it illegal to sell loot boxes in games played by minors. The proposed law might never be approved, but mobile game developers should prepare for potential legislative changes in the US market.

Google’s Chrome browser now offers anti-tracking privacy tools that seriously hinder the reach of digital advertisers using the Web to spread their message. It’s now easy for users to opt out of all third-party cookies, which limits the power of targeted advertising.

Apple implemented similar measures back in 2017, but their Safari browser only has around 16% of the global browser market share. Chrome is at 63%, so the impact of Google’s anti-tracking privacy tools is potentially enormous.2

Advertisers want to spend their money where they know it makes an impact. Right now, video advertising is the perfect medium to fulfill that goal. Ad spending for all formats is rising significantly, with rewarded video seeing the highest spending increase. 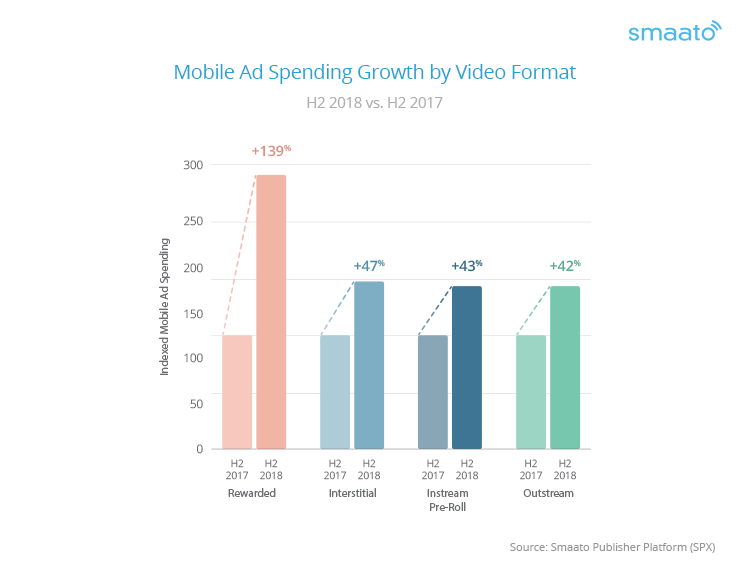 These numbers come from the second half of 2018 but bode well for continued growth throughout 2019. This interest in video from advertisers is a big opportunity for publishers. Apps that smartly integrate the video ad formats might see a big boost in their eCPMs and revenues.

Transitioning From Second-Price to First-Price Auctions

For more insights into mobile app monetization, download our Global Trends in Mobile Advertising for H2, 2018.